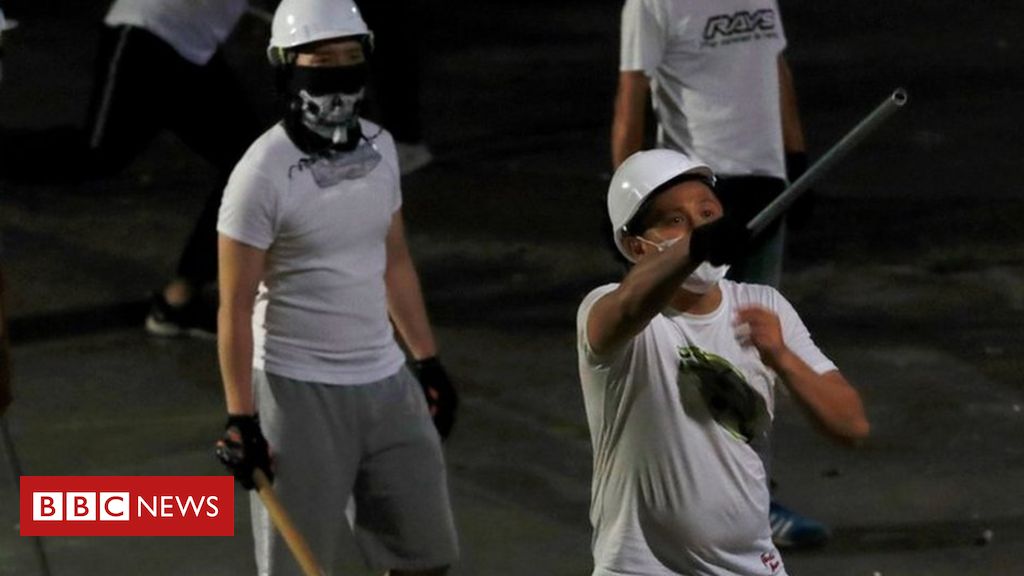 A court in Hong Kong has sentenced seven men to jail after they were convicted of violently attacking pro-democracy protesters and commuters at a train station in 2019.

The men got between three-and-a-half and seven years of jail time.

The attack in Yuen Long, which was captured by victims and bystanders on mobile phones, left the city in shock.

Police were accused of arriving late to the scene and doing little to stop the violence, charges they have denied.

They were also accused of colluding with the attackers, some of whom had triad connections.

However, these denials did little to stop to growing mistrust of the police at a time when Hong Kong was facing widespread anti-government protests.

The footage inside Yuen Long, which went viral on social media, showed groups of men, suspected to be triad gangsters, dressed in white shirts and beating passengers with sticks, metal rods and bats.

Tens of thousands took to the streets in the days afterwards to protest against the violence.

The seven-year jail term for one of the convicted men is the highest sentence that the District Court could impose.

The judge was insulted by supporters of the men, with some referring to him as “dog judge” as he walked outside the court, AFP reported.

Earlier, while hearing mitigation pleas from lawyers, the judge said that the “indiscriminate assault” needed to be “severely” punished.

One of those convicted apologised to his victims and said he had acted on impulse.