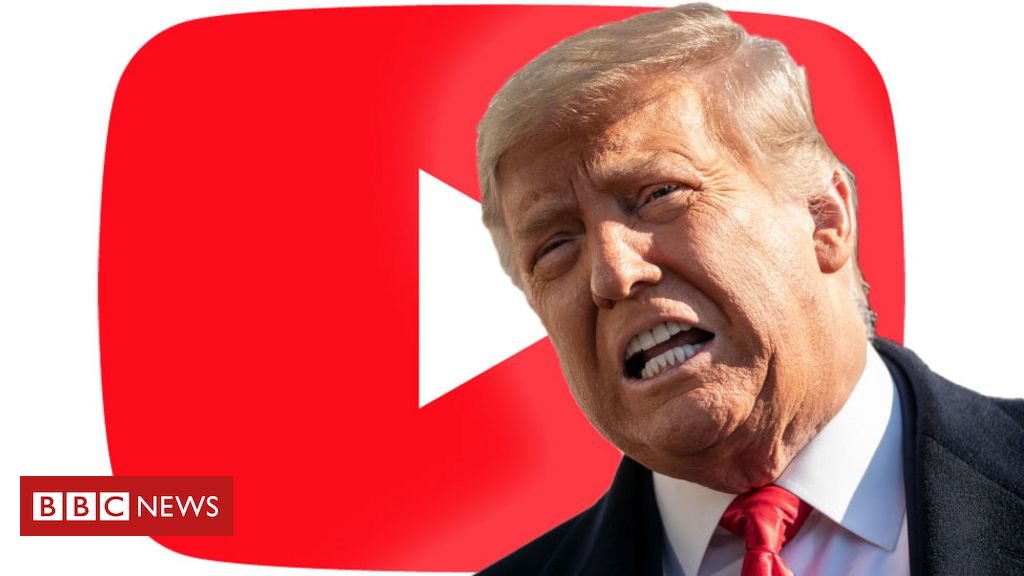 The Google-owned service has prevented his account from uploading new videos or live-streaming material for a minimum of seven days, and has said it may extend the period.

The firm said the channel had broken its rules over the incitement of violence.

The president had posted several videos on Tuesday night, some of which remain online.

Google has not provided details of what Mr Trump said in the video it banned, however the BBC has discovered it was a clip from a press conference he had given on Tuesday.

The move came hours after civil rights groups had threatened to organise an ads boycott against YouTube.

“We hope they will make it permanent. It is disappointing that it took a Trump-incited attack to get here, but appears that the major platforms are finally beginning to step up,” he tweeted after the suspension.YouTube suspends Donald Trump’s channel

Google said that Mr Trump could still face his page being closed if he falls foul of its three-strikes policy.

“After review, and in light of concerns about the ongoing potential for violence, we removed new content uploaded to Donald J Trump’s channel for violating our policies,” it said in a statement.

“It now has its first strike and is temporarily prevented from uploading new content for a minimum of seven days.

“Given the ongoing concerns about violence, we will also be indefinitely disabling comments on President Trump’s channel, as we’ve done to other channels where there are safety concerns found in the comments section.”

Meanwhile, Apple chief Tim Cook told CBS News that those involved with the riots on the US Capitol last week should be held accountable.

“Everyone that had a part in it needs to be held accountable. I think no one is above the law. We’re a rule of law country.”

He did not mention President Trump by name, but added: “I don’t think we should let it go. This is something we’ve got to be serious about.”

Mr Trump had already been suspended by Facebook and Instagram following last week’s rioting on Capitol Hill, until at least the transition of power to Joe Biden on 20 January.

Twitter has gone further by imposing a permanent ban.

Shopify, Pinterest, TikTok and Reddit have also taken steps to restrict content associated with the president and his calls for the results of the US election to be challenged.

Over the years it has come under fire from campaign groups and big advertisers for not acting swiftly.

And as so often, there’s a lack of transparency about exactly what prompted the President’s suspension.

It’s only saying that a video violated its policies on incitement to violence, but is indicating that the issue was the President’s remarks to reporters on Tuesday where he refused to take responsibility for the attack on Congress.

Of course, those comments were broadcast on TV channels, including the BBC, and are still widely available.

It’s not long ago that the social media landscape was being described as the Wild West when it came to moderating content – now the platforms suddenly seem eager to appear more cautious than the mainstream media.

It’s amazing what the threat of regulation can do.