Home Economy â€˜World has never seen this much wealth created in just one yearâ€™:... 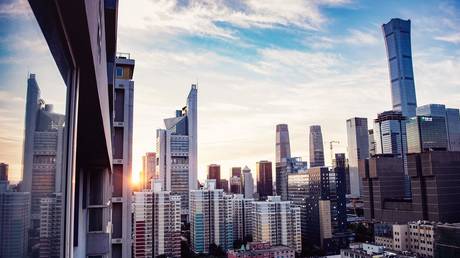 Of the 610 new billionaire tycoons globally, 318 were in China, compared with 95 in the United States, based on January 15 valuations. â€œChina has added more new faces than the rest of the world combined, and pulled away big time from the USA in the past year,â€ said the report.

The country had six of the global top 10 cities with the highest concentration of billionaires, with Beijing at the top of the ranking for the sixth consecutive year as home to 145 of the ultra-rich. The city is â€œthe worldâ€™s billionaire capital,â€ according to Hurun. New York slipped to third place, after Shanghai added 30 billionaires to 113. Hong Kong was in fifth place with 82 billionaires, behind Shenzhenâ€™s 105.

â€œThe world has never seen this much wealth created in just one year, much more than expected for a year so badly disrupted by Covid-19,â€ said Rupert Hoogewerf, chief researcher and chairman of Hurun Report. â€œA stock markets boom, driven partly by quantitative easing, and flurry of new listings have minted eight new dollar billionaires a week for the past year.â€

The richest individuals on the planet became collectively richer in 2020 while the world has suffered an unprecedented economic crisis caused by the Covid-19 pandemic. According to the research, the collective wealth of the 0.01 percent surged by 32 percent to $14.7 trillion. The ranks of the ultra-rich in the world grew to 3,228 known billionaires across 2,402 companies in 68 countries.

â€œThe speed of wealth creation is nothing short of staggering,â€ said the report. â€œThree individuals added more than US$50 billion in a single year, led by Elon Musk with US$151 billion, on the back of the rise of e-cars, whilst e-commerce billionaires Jeff Bezos of Amazon and Colin Huang of Pinduoduo added US$50 billion each. At this rate, expect to see fifty or more break through the US$100 billion mark within the next five years.â€