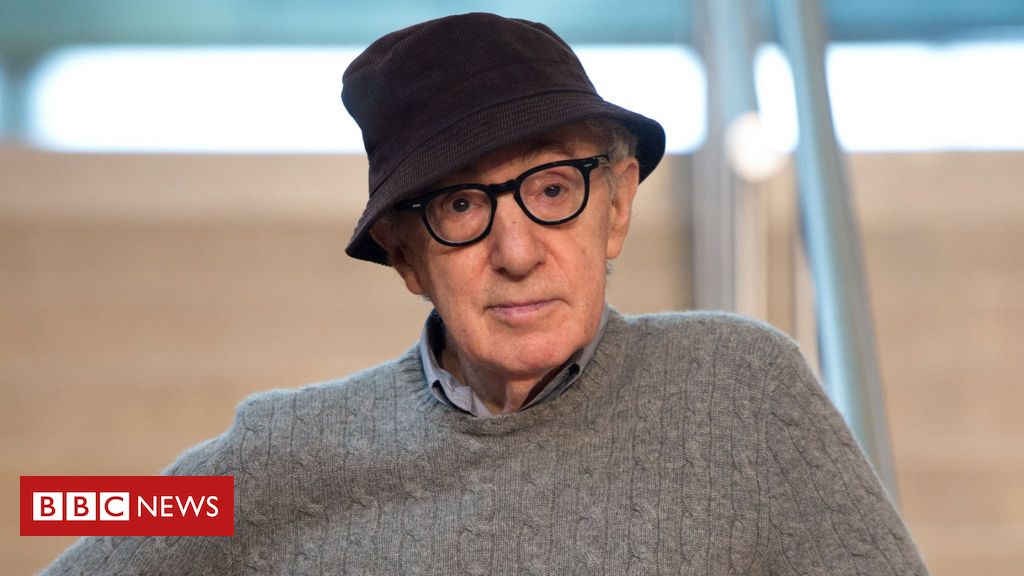 Woody Allen and his wife Soon-Yi Previn have described a new documentary series about the US actor and director as a “hatchet job riddled with falsehoods”.

The first episode of Allen v Farrow aired on Sunday on HBO.

It shows Dylan Farrow, the adopted daughter of Allen and his ex-partner Mia Farrow, speaking about the allegations of abuse she made against her father, which he denies.

The documentary suggests Allen groomed Farrow from a young age.

Farrow accused the Oscar-winner of sexually abusing her in 1992 when she was seven years old.

He has always denied the claim, which was investigated at the time but led to no criminal charges.

Allen said his daughter was coached by her mother to say he abused her after she discovered he was having an affair with another of her adoptive daughters, Soon-Yi Previn.

What’s in the documentary series?

The new documentary, directed by Kirby Dick and Amy Ziering, uses testimony from the likes of Dylan and Mia Farrow, legal documents and archive footage to paint a damning picture of the New York film-maker.

“There’s so much misinformation… so many lies,” Dylan Farrow says in the series. “I’ve been subjected to every kind of doubt, every kind of scrutiny and every kind of humiliation,” she adds, claiming her father “was able to just run amok”.

The film also includes the claims that Allen had sexual relations with another of Mia Farrow’s adopted children, Soon-Yi when she was a minor. Allen’s wife, now 50, was 16 when she met the star, who is 35 years her senior.

It also implies that he might have successfully derailed two official investigations into the matter, neither of which resulted in any charges.

The feature suggests that, until the #MeToo movement gathered pace in 2017, the Manhattan, Annie Hall and Midnight in Paris director continued to enjoy the support of the industry, as Mia Farrow became persona non grata in Hollywood.

Allen and Soon-Yi, who has previously publicly defended her husband, do not appear in the series themselves to give their side of the story. Extracts from Allen’s 2020 autobiography, Apropos of Nothing, are read out in his stead.

Also notable by his absence is Moses Farrow, another of Allen and Farrow’s adopted children, who has previously defended his father – arguing that Dylan was indeed brainwashed by her mother.

Why has Woody Allen objected?

Allen and Soon-Yi released a statement to The Hollywood Reporter, claiming the series is a “shoddy hit piece”.

“These documentarians had no interest in the truth,” the statement read. “Instead, they spent years surreptitiously collaborating with the Farrows and their enablers to put together a hatchet job riddled with falsehoods.

“Woody and Soon-Yi were approached less than two months ago and given only a matter of days ‘to respond’. Of course, they declined to do so.”

It continued: “As has been known for decades, these allegations are categorically false. Multiple agencies investigated them at the time and found that, whatever Dylan Farrow may have been led to believe, absolutely no abuse had ever taken place.”

The statement said that the HBO network “has a standing production deal and business relationship with [Mia’s son] Ronan Farrow” – who is a prominent supporter of his sister’s claims and the #MeToo movement.

“While this shoddy hit piece may gain attention, it does not change the facts,” the statement concluded.

How have the directors responded?

One of the film’s directors, Kirby Dick, said they intentionally focused on Dylan Farrow’s account because “Woody’s story is out there”.

“All the facts and the deeper dive, the real investigation that [lead investigator] Amy Herdy led and accomplished has yet to be out there, and that’s what this series is,” he told The Washington Post. “It’s really not about him.”

“It’s more about the systemic,” added co-director Amy Ziering. “This film is about complicity, the power of celebrity, the power of spin, how we all are viral and will believe something that’s repeated enough.”

Dick believes that many of Allen’s supporters will, after seeing the film, “either change their mind or examine things in a much different way”.

What have critics said about the documentary?

The Independent’s Rachel Brodsky gave the documentary five stars, predicting it will effectively “sound the death knell” for the 85-year-old’s career.

“What Allen v Farrow proves time and again, though, is that Allen’s alleged behaviour towards Dylan, which is at times captured on video and is repeatedly described as ‘intense’ and ‘intimate’ by eyewitnesses, appeared to be highly consistent with abuse,” she wrote.

“To actually get at the truth, Allen v Farrow might have benefited from the impossible: interviews with every last family member. Regardless, it’s safe to say that whatever dwindling respect Allen has enjoyed in the last few years may be wiped away after Allen v Farrow.”

Charles Bramsco in The Guardian plumped for three stars only, calling it “a damning if bloated series”.

“In an effort to touch on everything, some sub-topics (separating the art from the artist for Woody fans, the scuttled release of his latest film A Rainy Day in New York) get addressed so glancingly, they’d be best omitted,” he opined.

“But however overinflated, the series has a lucid sense of its central image: that of a family ripped in half, with the kids left to choose sides.”

Fionnaula Halligan from Screen International said: “What might stop Woody Allen fans in their tracks this time won’t be the he-said, she-said testimony of his 12-year relationship with Farrow; their films together, her growing adoptive brood, his creepy – even at the time – focus on making films about young girls in relationships with much older men.

“It will be Dylan Farrow, a brave woman who has walked a very lonely road as a child, when she was the focus of Allen’s obsessive behaviour, and now, when she stands against him again.”

Halligan did note, however, that while the makers had gone “to great pains to make sure the pundits they interview are mostly female”; a “more challenging conversation” with critics or festival organisers who still champion Allen “might have given this aspect of the documentary a bit more edge”.

Jane Mulkerrins of The Times stressed that as well as shining fresh light on the story that has “divided” the family, the film industry, and the public for 30 years; the documentary also “offers an exhaustively diligent re-examination of the polarising story in the light of the #MeToo movement”.