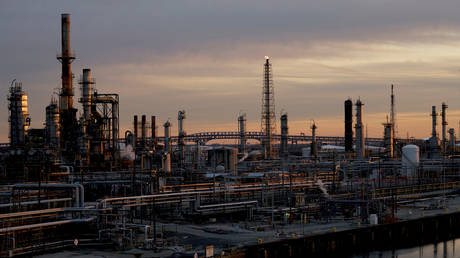 The Trump Administration’s biofuel boogie continues with a new plan to help ease the economic pains of refiners which have been denied waivers through a series of potential financial aid packages.

President Donald Trump has struggled with finding a healthy political balance in his measures to offset the financial burden felt by the Corn Belt and blue-collar oil industry workers since the global COVID-19 pandemic torn a hole in fuel demand back in March. Though the oil industry reeled, demand is starting to rebound somewhat, but the ethanol industry is still struggling. And so are refiners.

This resulted in as many as 67 applications from refiners across the United States to be exempted from the obligations to blend biofuels. While many refiners were able to receive waivers to forego their blending requirements, a number of smaller refiners were denied, and they are feeling the full weight of the debate on their shoulders.

In the administration’s latest move to ease this fiscal shock to refiners, however, officials are now considering COVID-relief funding allotted to the Agriculture Department. With that, aid could be distributed to small refineries denied waivers from biofuel quotas.

Also on rt.com
Russian fuel oil is a hit in US

Though it may seem like a major win for struggling refiners, there are a number of challenges that remain. Both from a legal and political standpoint.

The Environmental Protection Agency is currently working with the administration to create a plan, and though no specific number has been placed on the proposal just yet, refiners which have been denied waivers are at least feeling some cautious optimism as they finally garner some attention from lawmakers.