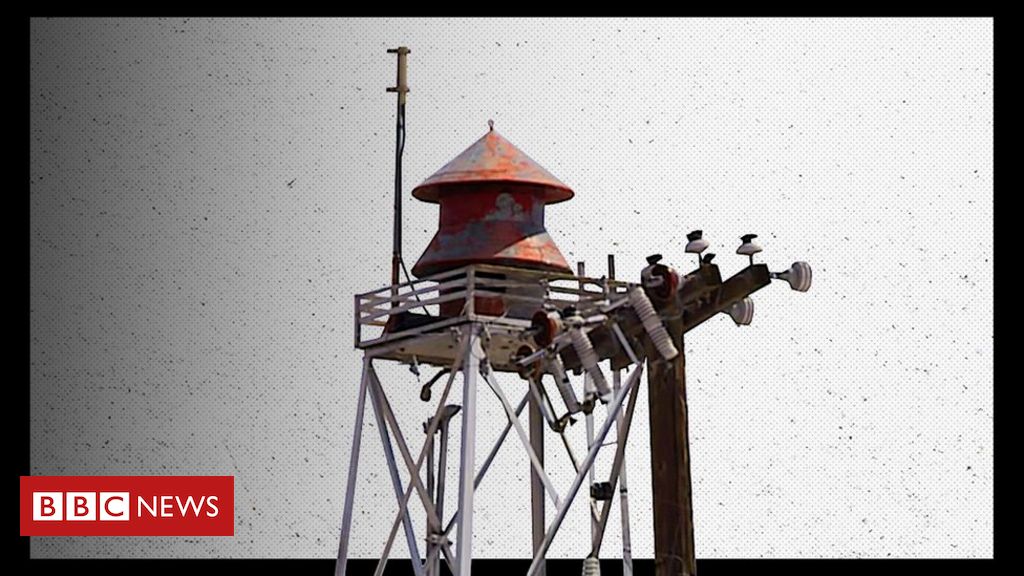 Every night at 18:00 in Minden, Nevada, a siren sounds from the top of a steel-framed tower behind the fire department.

There is disagreement in the small town of 3,500, at the base of the Sierra Nevada range, over what the 100-year-old siren means.

Some town officials say it’s a tribute to Minden’s volunteer fire department. Some residents say they think of it as a town dinner bell.

But others hear an echo from decades ago when, they say, the siren served as a warning for Native Americans to leave before sundown.

In the early part of last century, Douglas County – encompassing Minden and a handful of other municipalities – adopted an ordinance forcing non-white residents to be in their homes or out of the county by 18:30, under threat of jail time, fines and often extrajudicial violence.

In 1921, Minden installed a bright red siren which rang every day at noon and 18:00. Now, that evening blare may be silenced.

This week, the state of Nevada passed a law officially banning the use of any siren which “previously sounded on specific days or times” in association with laws “which required persons of a particular race to leave the county, town or township within the county by a certain time”.

The law also bans the use of “racially discriminatory” mascots, logos, and names, as part of an effort to remove symbols that Native Americans have long considered offensive.

Minden’s siren is thought to be the only one left in the state. But some local authorities have pushed back against the new law, arguing that the siren is a part of the town’s heritage, and is not associated with the racist sundown ordinance.

Town officials have said the siren was first purchased by volunteer firemen for emergency response. According to town manager JD Frisby, it rang twice each day as part of a test for insurance requirements. The noon and 18:00 time slots were chosen, he said, to suit the firemen’s schedules.

But local Native American tribe members say the 18:00 hour was linked to the sundown ordinance – a signal that it was time to go.

“The Indians weren’t allowed in town after six,” Bernice Auchoberry, a Washoe Native from Minden, said in an 1984 interview with the University of Nevada Oral History Program.

“When the whistle blew, you had to be on your way home.”

Historians estimate there were as many as 10,000 so-called sundown towns across the US during their peak in the 1970s. Roughly 44 of the 89 counties along Route 66 – stretching from Illinois to California – were sundown towns, some posting signs that read “Don’t Let the Sun Set on You Here”, accompanied by a racist slur.

“This is something that has been a fight for the Washoe Tribe for a long time,” he said.

Chairman Smokey, who did not respond to a BBC request for comment, and other Indigenous leaders say they are not asking for the siren to be removed entirely – only that it stop sounding at 18:00.

Minden’s manager JD Frisby declined an interview request. In an email, he pointed to specific language in the new law, noting that it applied to sirens previously sounded “in association with an ordinance enacted by the town”.

The Minden siren “has never been tied to a specific day or time in an ordinance”, he wrote, meaning the new law would not apply.

The sundown siren provision of the new law was introduced by state assemblyman Howard Watts.

Mr Watts told the BBC he introduced the amendment after hearing from Indigenous and non-Indigenous residents about the history of the Minden siren and its connection to the sundown ordinance.

“There have been jokes made in schools and public spaces where Indigenous peoples are present of ‘oh – it’s time for you to go.'” Mr Watts said of the siren sounding.

In 2007, town officials passed an ordinance retroactively stating that the siren was intended to show respect for its volunteer firefighters.

“I think the town very much wants [the siren] to just be about honouring first responders,” Mr Watts said. “But the fact that it was routinely sounded, daily, 30 minutes before an ordinance on the town’s books told Native Americans they need to get out of town, I don’t think is a coincidence.”

Manager Mr Frisby wrote that he expected the Minden board to make a decision before the law takes effect this autumn, in consultation with local Washoe Nation leaders. The board did not respond to a request for comment.

Mr Watts said he thought the Washoe Tribe and other Indigenous groups would have legal standing to sue the town in district court if they failed to comply with the law.

The assemblyman added he knows where he falls on the debate over the initial intention of the Minden – fire alarm or racist relic. But he also said the debate over its meaning today might obscure a more significant historical truth.

“One thing that’s not in dispute is that ordinance was in the books for almost 60 years – that Native Americans weren’t welcome after dark,” Mr Watts said.