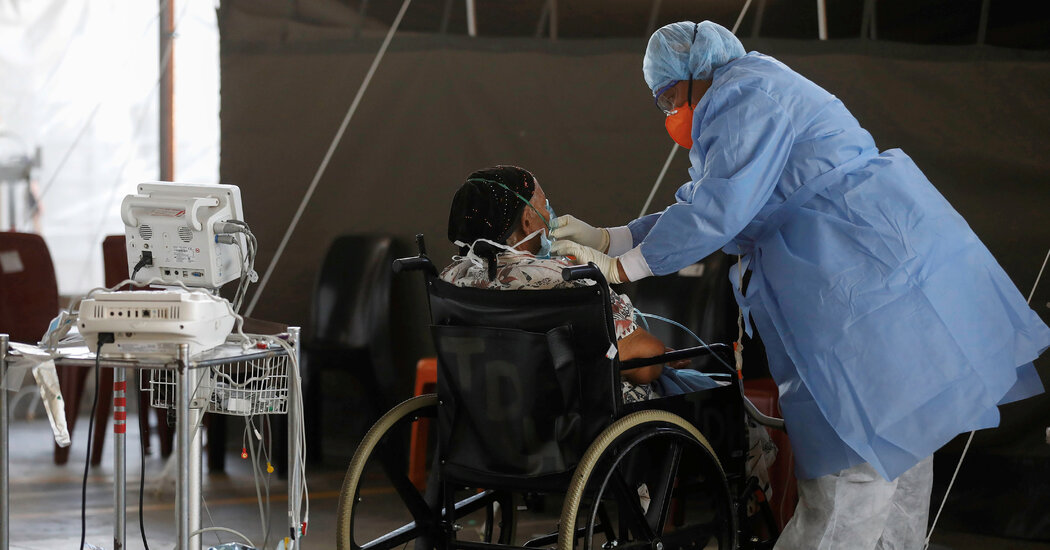 World|The White House is extending travel bans on Brazil and much of Europe, and adding South Africa, because of the virus.

President Biden will ban travel by noncitizens into the United States from South Africa because of concern about a coronavirus variant spreading in that country, and will extend similar bans imposed by his predecessor on travel from Brazil, 27 European countries and Britain, his press secretary said on Monday.

The move comes as officials in the new Biden administration are trying to get their hands around a fast-changing pandemic, with public health officials racing to vaccinate the public — and to expand the supply of vaccine — as more contagious variants of the coronavirus spread.

Mr. Biden’s travel ban is a presidential proclamation, not an executive order; typically, proclamations govern the acts of individuals, while executive orders are directives to federal agencies. It will go into effect Saturday and apply to non-U.S. citizens who have spent time in South Africa in the last 14 days. The new policy, which was earlier reported by Reuters, will not affect U.S. citizens or permanent residents, officials said.

On his last full day in office, President Donald Trump tried to eliminate the Covid-19-related ban on travel from Brazil, Britain and much of Europe, saying it was no longer necessary. Jen Psaki, now the White House press secretary, said at the time that ending the ban was the wrong thing to do; on Monday, she announced during her regular briefing that it would remain intact.

“With the pandemic worsening and more contagious variants spreading, this isn’t the time to be lifting restrictions on international travel,” she said.

Ms. Psaki also said the Biden administration intended to hold regular public health briefings three times a week, beginning on Wednesday. She said Mr. Biden would be “briefed regularly” on the pandemic, adding, “I suspect far more regularly than the past president.”

The first confirmed case of the Brazilian variant in the United States has been identified in Minnesota, the state’s health department said on Monday. It was found in a Minnesota resident who had recently traveled to Brazil.

The variant now spreading in South Africa has not yet reached the United States, but it has been reported in more than two dozen countries.

In addition to the travel bans, Mr. Biden issued an executive order last week requiring that all international travelers present negative coronavirus tests before leaving for the United States. The move extended a requirement by the Centers for Disease Control and Prevention that was issued by the Trump administration but set to expire on Tuesday.

A White House official said Sunday that the C.D.C. would not issue waivers from that policy as some airlines had requested.