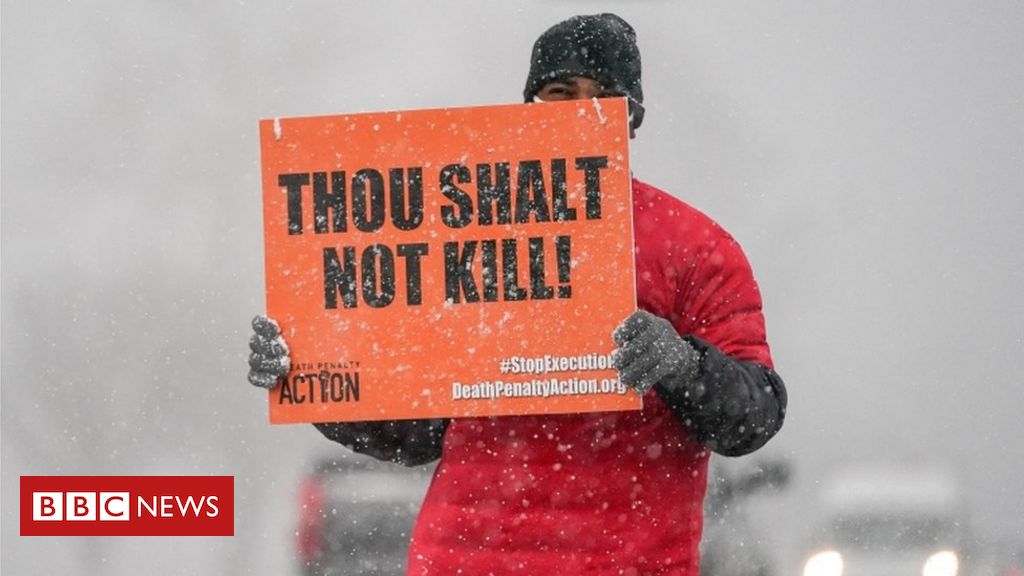 Lawmakers in the US state of Virginia have voted to abolish use of the death penalty as a criminal punishment.

On Friday the state’s House of Delegates followed its Senate in voting to end the practice, paving the way for Governor Ralph Northam to sign the repeal into law.

The decision means Virginia will become the first southern US state to abolish capital punishment.

The move comes at a time of renewed debate across the US about executions.

Former President Donald Trump resumed them on a federal level last year after a 17-year hiatus. Some 13 people were put to death in a matter of months – including six executions carried out after the election despite a flurry of legal challenges.

During his presidential campaign, Joe Biden said he would work to end the federal death penalty and encourage states to follow suit.

The United Nations says 170 of its 194 member states have abolished executions in law or practice and the US has faced repeated international criticism over its failure to do so.

Executions are still authorised in 28 states across the country – though several, including California, have enacted a moratorium on carrying the punishment out.

Governor Northam, a Democrat, is known to support the effort to abolish the punishment.

“The practice is fundamentally inequitable. It is inhumane. It is ineffective. And we know that in some cases, people on death row have been found innocent,” he said after the state’s Senate voted in its favour.