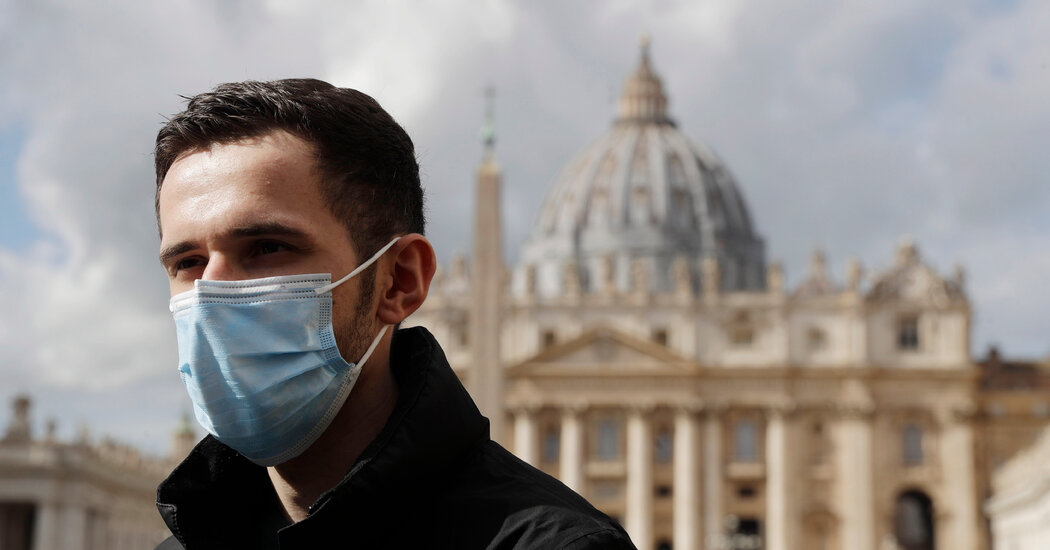 ROME — One priest accused of sexually abusing an altar boy in a prominent Vatican City seminary and another accused of covering it up went before the Vatican’s criminal tribunal on Wednesday, the first trial in the city-state over sexual abuse said to have occurred within its walls.

The charges date from 2007 and 2012 and center on allegations of abuse at the St. Pius X youth seminary, a residence for boys — typically between 12 and 18 — who are thinking of becoming priests. Students in the seminary often serve as altar boys in St. Peter’s Basilica, sometimes during papal Masses.

The priest accused of abuse, the Rev. Gabriele Martinelli, was 17 at the time of the initial alleged assault and was a senior altar boy at the seminary. The victim was 16. In 2017, Father Martinelli was ordained as a priest in Como, Italy.

The Rev. Enrico Radice, who was the rector of the seminary at the time, has been accused of aiding and abetting the abuse. He lied to Vatican investigators, telling them in 2018 that he had no knowledge of abuse at the seminary, statements that hampered the investigation, according to the charges read by the clerk.

Both defendants were present in court on Wednesday for the procedural hearing, which lasted just eight minutes before the trial was adjourned until later this month, when both men are expected to take the stand. Neither defendant has responded publicly to the accusations, and lawyers for the defendants did not respond to requests for comment.

Reports of the crimes first emerged in Italian news outlets in 2017, but the two priests were not indicted until 2019. The reports relied primarily on the accounts of Kamil Jarzembowski, the victim’s roommate, who said he witnessed the abuse and who was subsequently kicked out of the seminary. He said he first reported the abuse to the church authorities in 2012.

The charges read in court on Wednesday suggested that the abuse had been known about since at least 2013, when Father Radice wrote a letter to a bishop refuting the victim’s accusations against Father Martinelli.

The Vatican City seminary is run by a religious association based in Como, a city in northern Italy. Soon after the 2019 indictment, the diocese of Como issued a statement saying that the accusations against Father Martinelli were brought to officials’ attention in 2013, but that the religious authorities tasked with investigating the allegations had found them to be groundless.

In 2017, after the reports of abuse emerged in the Italian media, the Vatican asked the diocese to carry out a fresh investigation. The diocese did not make its findings public, but sent the Vatican a report. The 2019 statement from the diocese of Como also noted that both Father Martinelli and Father Radice had been “limited in the exercise of the ministry and suspended from carrying out pastoral activities involving minors and vulnerable adults.”

The scourge of sexual abuse has roiled the Roman Catholic Church for decades, and thousands of cases of assault and subsequent cover-ups have sprung up across the world. While Pope Francis has pledged “zero tolerance” for offenders, holding an unprecedented meeting with bishops on protecting minors and issuing various instructions and laws, including one to specifically hold Vatican City offenders accountable, critics say that the measures don’t go far enough.

In 2014, the Vatican placed Archbishop Jozef Wesolowski, who had been accused of sexually abusing boys he met on the street while serving as the Vatican’s ambassador in the Dominican Republic, under house arrest. Father Wesolowski died in 2015, shortly after his trial began.

In 2018, a Vatican tribunal sentenced a former Vatican diplomat to five years in prison and a fine of about $5,800 for possessing and distributing child pornography.

Although Father Martinelli and Father Radice are now facing trial, advocates for victims’ rights have accused the Vatican of acting only after news reports had revealed the abuse allegations.

“This is coming to trial now, but the first accusations were made in 2012,” said Francesco Zanardi, the president of Italy’s first support group for victims of sexual abuse. “It’s a farce.”