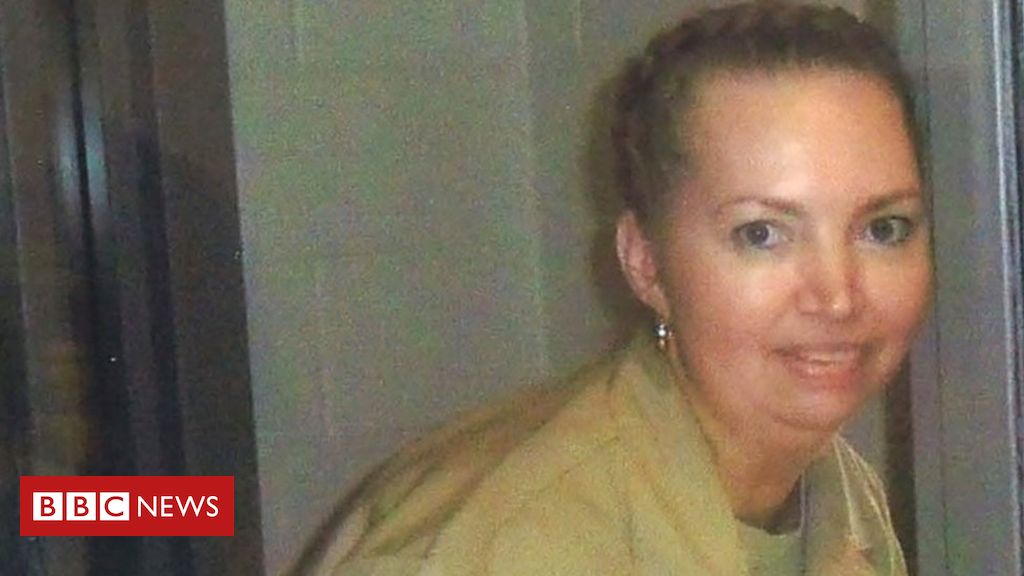 The US is to execute a female federal inmate for the first time in almost 70 years, the Justice Department said.

Lisa Montgomery strangled a pregnant woman in Missouri before cutting out and kidnapping the baby in 2004.

She is due to be given a lethal injection in Indiana on 8 December.

The last woman to be executed by the US government was Bonnie Heady, who died in a gas chamber in Missouri in 1953, according to the Death Penalty Information Center.

The federal execution of Brandon Bernard, who with his accomplices murdered two youth ministers in 1999, has also been scheduled for December.

Who is Lisa Montgomery?

In December 2004, Montgomery drove from Kansas to the home of Bobbie Jo Stinnett, in Missouri, purportedly to purchase a puppy, according to a Department of Justice press release.

“Once inside the residence, Montgomery attacked and strangled Stinnett – who was eight months pregnant – until the victim lost consciousness,” it says.

“Using a kitchen knife, Montgomery then cut into Stinnett’s abdomen, causing her to regain consciousness. A struggle ensued, and Montgomery strangled Stinnett to death. Montgomery then removed the baby from Stinnett’s body, took the baby with her, and attempted to pass it off as her own.”

In 2007, a jury found Montgomery guilty of federal kidnapping resulting in death, and unanimously recommended a death sentence.

But Montgomery’s lawyers say she experienced brain damage from beatings as a child and is mentally unwell, so should not face the death penalty.

Certain crimes, such as counterfeiting currency or mail theft, are automatically tried at a federal level, as are cases in which the US is a party or those which involve constitutional violations. Others can be tried in federal courts based on the severity of the crimes.

The death penalty was outlawed at state and federal level by a 1972 Supreme Court decision that cancelled all existing death penalty statutes.

A 1976 Supreme Court decision allowed states to reinstate the death penalty and in 1988 the government passed legislation that made it available again at federal level.

According to data collected by the Death Penalty Information Center, 78 people were sentenced to death in federal cases between 1988 and 2018 but only three were executed.

The executions of Montgomery and Bernard will be the eighth and ninth the federal government has carried out this year.

Why the change in rules on executions?

The Trump administration said it would resume federal executions after a long hiatus last year.

In a statement at the time, the attorney general said: “Under administrations of both parties, the Department of Justice has sought the death penalty against the worst criminals.

“The Justice Department upholds the rule of law – and we owe it to the victims and their families to carry forward the sentence imposed by our justice system.”