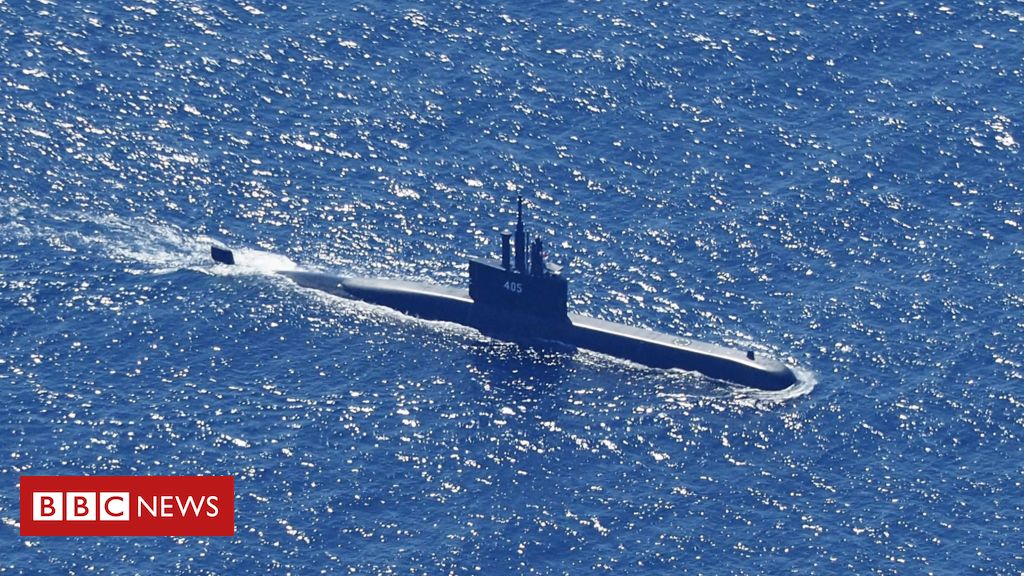 Indonesian rescue teams are fearing the worst as oxygen supplies on a missing Indonesian naval submarine are thought to have run out.

There are fears the vessel carrying 53 crew may already have sunk to a depth where it might have been crushed.

The KRI Nanggala 402 disappeared on Wednesday during exercises off the coast of Bali, sparking a frantic search to locate the stricken vessel.

Australia, India, Malaysia and Singapore have so far sent assistance.

And a US Navy P-8 Poseidon aircraft landed in Bali early on Saturday morning.

“Indonesia is a good friend and strategic partner. We were all deeply saddened to see the reports about their submarine and our thoughts and our prayers are with the Indonesian sailors, the Indonesian navy, and of course all their families,” said Pentagon spokesman John Kirby.

An oil slick where it was thought to have submerged suggested damage to a fuel tank may have been a factor.

The Indonesian military said late on Thursday night that it had detected signs of an object at a depth of between 50 and 100 metres (165 to 330 feet), and had deployed ships with sonar-tracking equipment in the hope it was the KRI Nanggala 402.

A military spokesman said the submarine would only have enough oxygen to last until around 03:00 local time on Saturday (21:00 GMT on Friday). That deadline has now passed.

At least six warships, a helicopter and 400 people have since been involved in the search. Singapore and Malaysia have dispatched ships to the area, and Australia, France and Germany have also offered assistance.

The KRI Nanggala 402 lost contact shortly after requesting permission to dive during live torpedo exercises early on Wednesday morning. The German-built vessel is one of five submarines operated by Indonesia. It was made in the late 1970s, and underwent a two-year refit in South Korea that was completed in 2012.

A navy spokesman told the BBC the incident was the first time Indonesia had lost one of its submarines. But similar incidents have happened elsewhere.

In 2000, the Kursk, a Russian navy sub, sank during manoeuvres in the Barents Sea with the loss of all 118 crew. An inquiry found that one torpedo had exploded, detonating all the others. Most of the Kursk’s crew died instantly but some survived for several days before suffocating.

In 2003, 70 Chinese naval officers and crew were killed in an accident on a Ming-class submarine during exercises.

And in 2017, an Argentine military submarine went missing in the southern Atlantic with 44 crew on board. Its wreck was located a year later and officials said the submarine had imploded.