Home World US immigration: The suffocated youth unafraid of a perilous journey 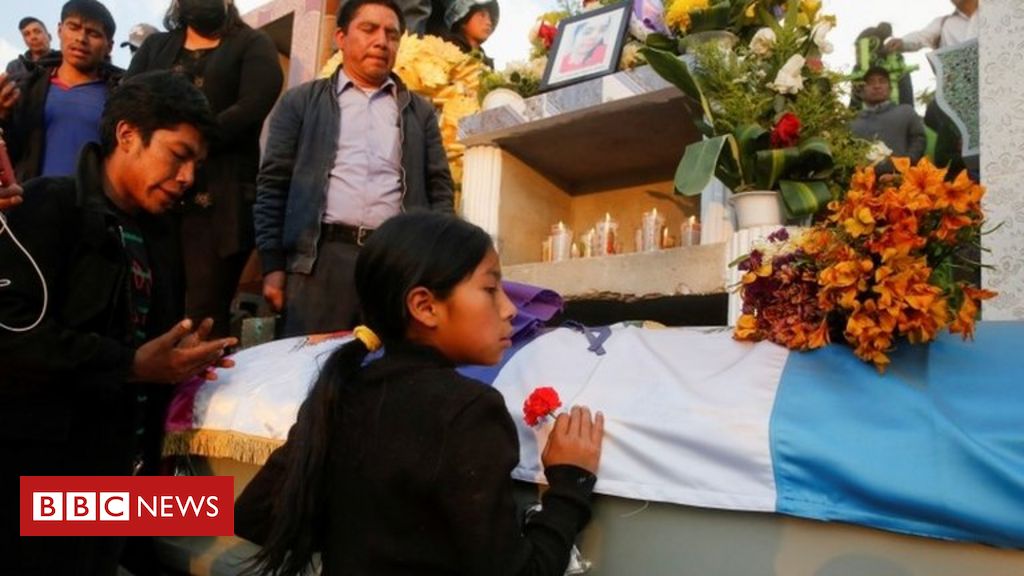 It is easy to spot which families in the tiny Guatemalan village of Nueva Esperanza have relatives in the United States. Several ostentatious and brightly coloured houses, paid for with remittances, stand out from the rest of the rudimentary mud-brick shacks in the hamlet.

For Anderson Antulio, who lived in the latter, the extravagant homes were a daily reminder of the potential prize in leaving his impoverished community. He was just 16, one of the tens of thousands of unaccompanied minors who attempt the treacherous journey every year.

Now, however, Anderson has returned to Guatemala in the worst possible way.

His remains were flown back from Mexico in a casket draped in the Guatemalan flag, one of 16 migrants murdered in northern Mexico, just kilometres from the US border, in January. The group were shot and their bodies set alight. A dozen state police officers have been arrested in connection with the grisly attack.

As his family observed the traditional nine days of mourning, local indigenous women sang prayers for his soul in the dirt-floored home he shared with his parents and eight brothers and sisters. His father, Marco Antulio, was still coming to terms with the decision to allow his eldest child to travel on his own but insists he was powerless to stop the boy from pursuing a better life.

“I knew I shouldn’t let him go but nor could I tie him to the bed,” he told me stoically. “Every single young person has the right to a life, has the right to pack their bags, to try to fulfil their dreams.”

Marco Antulio said he understood that some might consider it irresponsible to let a minor travel alone but that people did not know the pressures they were under to survive. Anderson planned to return in five or six years, having sent money for the family to build a decent home.

“As a father, you have to look at which is the most viable option so they have a better life. So that they don’t live the same as you,” he said.

The sad truth is that Anderson’s grim end in northern Mexico will not dissuade other teenagers in his community from attempting the same trip – not even in his own family. Emerson, 14, says he plans to finish his older brother’s journey to the US one day.

“I want to leave,” he said, “because working the land here we only make around 50 quetzales ($6) a day and that doesn’t go far.”

As we walk around the family’s tiny parcel of land, the dry earth crunches beneath our feet. In the surrounding fields, there are a few cultivations of maize and vegetables but the region has suffered from near-constant drought in recent years and the locals have stripped the hillsides of timber for firewood. It worsens the effects of climate change and makes the soils even less productive.

Little wonder young people like Emerson see no other choice than to borrow the money for a people-smuggler, or “coyote”, and attempt the journey north. Softly spoken and sensitive, he concedes he is too young to be considering such a dangerous trek.

“I know I’m still a teenager but if I don’t go, I’ll have to work in the fields like my father where there isn’t always work every day. Sometimes just two or three days a week.”

Eleven of those murdered in Mexico came from just one town, Comitancillo, a short drive away from Nueva Esperanza. Mayan families run the stalls in its cobbled marketplace, selling fruit, grains or counterfeit sportswear and used toys. Work opportunities in the town are scarce.

The town’s mayor, Hector López, admits that his resources do not stretch to providing proper education or employment programmes. “The only professional degree available here is in teaching,” he explains. Even those students are not guaranteed a job at the end of it.

“It’s suffocating the youth. Their families take out a loan so they can study but afterwards there are no teaching places available and they return to the fields.”

Meanwhile any child with aspirations of becoming an engineer, doctor, architect or social worker is hoping in vain. More than half the town’s 45,000 young people will end up taking their chances on the road, despite the obvious dangers. After the migrants from Comitancillo were murdered en route, another 40 left the following week.

“There’s no point me telling them, ‘Hey, when you get there you’ll be washing plates and sleeping in a fleapit.’ They’re not thinking about that. All they think about is getting together enough money to send to their families.”