Home World US Election: Whoever becomes the next president, social media is changing 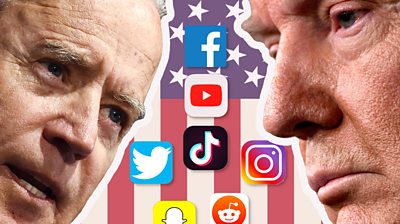 Despite their opposing views, both US presidential candidates want to change how social media platforms operate.

One system adopted by Germany is increasingly being discussed around the world as an option.

The so-called NetzDG law has been emulated in countries including Turkey, Russia and Brazil with more than 20 other governments, including the UK, citing it in discussions around social media regulation.

But has it worked?