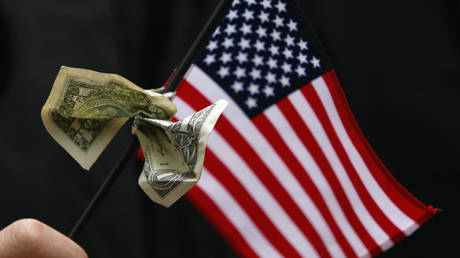 The Chinese markets are becoming a more competitive place for foreign capital investment while the greenback is weakening, Ray Dalio, the founder of the world’s largest hedge fund, Bridgewater, believes.

Speaking at Caixin Summit on Saturday, the American billionaire said global markets are currently at a â€œvery special momentâ€ amid a â€œchallengingâ€ environment for the US dollar and rising interestÂ inÂ China. He explained that the rapidly developing Chinese capital markets are opening up, but they are still not crowded with foreign investors despite their attractiveness.Â

â€œThis is happening when the fundamentals of the US and US dollar are becoming more challenging, making it a relatively competitive place to move oneâ€™s capital,â€ he told the summit, Bloomberg reports.

The greenback dropped at its last trading session this week. The US dollar index, which tracks its performance against a basket of its peers, was down more than 0.2 percent, settling at 92.72.

Many investors, hedge fund managers and banks have previously warned that the dollar may be on a path to depreciation. One of the gloomiest forecasts was from renowned economist Stephen Roach, who said that the collapse of the dollar could happen at â€œwarp speedâ€ and that the US currency may lose as much as 35 percent by the end of next year.