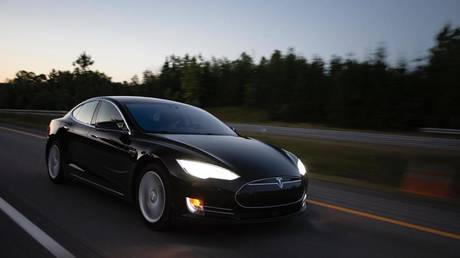 As Tesla’s growing operations expand in China, CEO Elon Musk has vowed to halt production immediately if it ever emerges that his products are being used for spying.

Boom Bust looks into the eccentric owner’s comments, with co-host Christy Ai saying “It would be naive to think that this time around China would treat the US company any differently and give it the innocence until proven guilty treatment.”

Fears over how data is handled by tech manufacturers is growing, and digitalized cars are now the ultimate spying gadget, Christy says. “They are loaded with cameras, sensors, location-tracking, and enable building connectivity to amass data from your personal device when you’re connected. These concerns over Tesla are quite real. The Tesla sentry mode is constantly recording driving or not, because if it didn’t it wouldn’t be able to save the 10 minutes prior to a triggering event.”

Christy concludes: “So, that does leave room for speculation of where all this data is going and who’s controlling it. The Chinese government is unlikely to believe this… Tesla remains caught in the crossfire.”