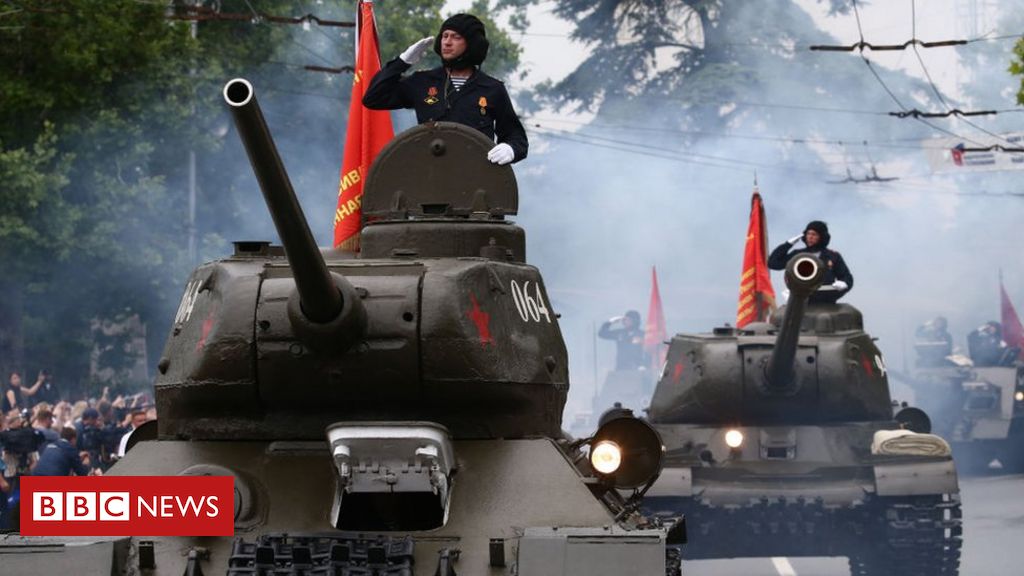 A top Russian official has warned that Moscow could intervene to help its citizens in eastern Ukraine as tensions rise in the region.

Sporadic fighting has increased in the Donbas region in Eastern Ukraine, with clashes between Russian-backed separatist rebels and Ukrainian troops.

Russia has been building up troops on the border with Ukraine.

The official, Dmitry Kozak, told a Moscow conference, that Russian forces could intervene to “defend” the rebels.

“Everything depends on the scale of the conflagration,” he said.

Ukraine’s Donbas has been a flashpoint since the separatists seized swathes of territory in 2014.

Low-level clashes between the rebels and Ukrainian forces have broken out in recent weeks.

Each side accuses the other of violating a ceasefire.

Ukrainian President Volodymyr Zelensky visited the region on Thursday to see “the locations of the escalation” and “be with our soldiers in the tough times in Donbas”.

German Chancellor Angela Merkel has called on Russia to reduce its military presence on the border with Ukraine.

In Moscow, Mr Kozak likened the current situation of the separatists to Srebrenica, the town in Bosnia-Hercegovina where 8,000 Muslim men were killed by Bosnian Serb forces in 1995.

“If, as our president says, there is a Srebrenica there, we shall probably have to come to their defence,” Mr Kozak said. He is the deputy head of Russia’s presidential administration.

But there have been no reports of any such atrocity being planned.

Mr Kozak suggested the rebels could hold their own for now against Ukrainian forces as they consisted of “battle-hardened units”.

He also warned Ukraine not to increase hostilities against the rebels, saying it would be the “beginning of the end” for the country. At the same time, he urged calm and stability.

Russia’s annexation of Ukraine’s Crimea region in 2014 and support for the separatists in Donbas have been a long-running sore in relations between the two countries.

Western countries condemned Moscow over its actions at the time and imposed sanctions.

Russia denies sending troops to the Donbas region and characterises Russian fighters there as “volunteers”.

The US put its forces in Europe on a higher level of alert last week and President Joe Biden re-affirmed his support for Ukraine’s “sovereignty and territorial integrity”.

In the latest sign of tension, the rebels said one of their fighters was killed on Thursday when Ukrainian troops fired 14 mortar bombs at a village on the outskirts of the city of Donetsk.

Ukraine says 25 of its soldiers have been killed in the conflict so far this year.

Chancellor Merkel spoke to Mr Putin on the phone on Thursday and called on Russia to “de-escalate tensions” by reducing its troop reinforcements.

In the same call, Mr Putin accused Ukraine of inflaming the situation in the east.