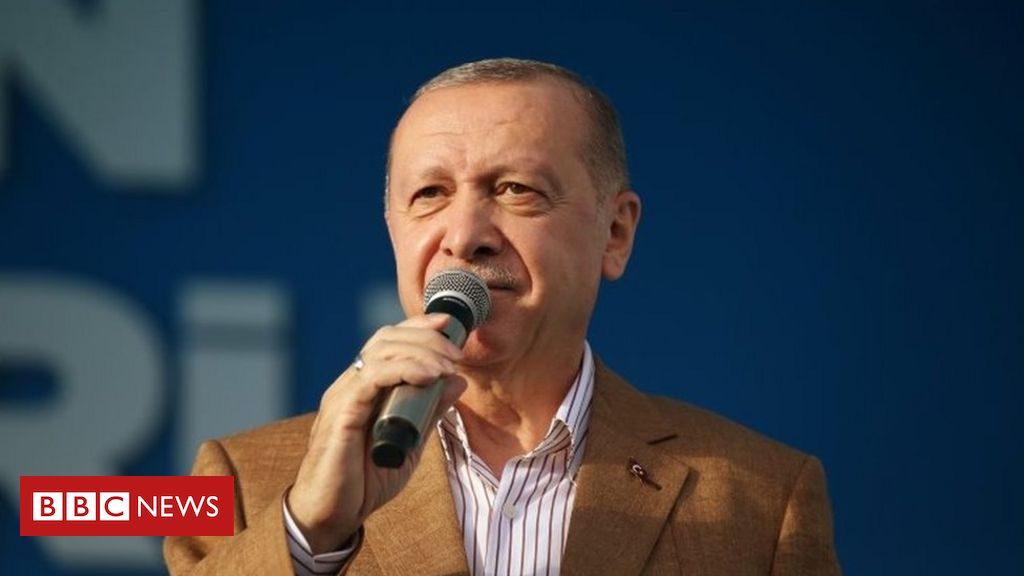 The cartoon depicts Turkey’s president lifting the dress of a veiled woman.

Tensions between France and Turkey are high after President Emmanuel Macron pledged a tougher stance against radical Islam.

The dispute has reverberated across the world, spurring boycotts and protests against France in several Muslim-majority countries including Bangladesh, Kuwait, Jordan and Libya.

The controversy also follows Mr Macron’s pledge to defend secularism after the gruesome murder of a French teacher who showed cartoons of the Prophet Muhammad in class.

The president said the teacher, Samuel Paty, “was killed because Islamists want our future”, but France would “not give up our cartoons”.

Depictions of the Prophet Muhammad are widely regarded as taboo in Islam, and are offensive to Muslims.

But state secularism is central to France’s national identity. Curbing freedom of expression to protect the feelings of one particular community undermines unity, the state says.

How has Turkey reacted to the cartoon?

It has caused outrage within the Turkish government.

Presidential communications director Fahrettin Altun said: “Charlie Hebdo just published a series of so-called cartoons full of despicable images purportedly of our president. We condemn this most disgusting effort by this publication to spread its cultural racism and hatred.”

Vice-President Fuat Oktay called on the international community to raise its voice against “this disgrace”.

“You cannot fool anyone by hiding behind freedom of thought,” he said on Twitter.

In response, the Turkish pro-government satirical magazine Misvak posted a number of cartoons criticising Mr Macron and Charlie Hebdo on its Twitter page.

Charlie Hebdo is no stranger to controversy.

In 2015, 12 people were killed in an attack on the offices of the magazine in Paris. It was targeted by Islamic extremists for publishing cartoons of the Prophet Muhammad.

What’s the latest on the backlash against France?

Anger is building across the Muslim world at Mr Macron over his perceived attacks on Islam and the Prophet Muhammed. This fury has led to protests, calls for boycotts of French products and security warnings for French citizens abroad.

In Bangladesh, hundreds of people took part in an anti-France rally outside the Baitul Mukarram National Mosque on Wednesday. Protesters burned an effigy of Mr Macron.

A faith group in Malaysia added to calls for French products to be removed from shops. The Malaysian Consultative Council (MCC) said the boycott would “send a strong message to France”.

French goods have already been pulled from supermarket shelves in Jordan, Qatar, Kuwait and some other Middle Eastern countries.

A plea for the criminalisation of “anti-Muslim” actions came from the Grand Imam of al-Azhar university in Egypt. The country’s president, Abdul Fattah al-Sisi, said on Wednesday freedom of expression should stop if it offends more than 1.5 billion people.

Amid concerns over safety, the French foreign ministry has issued a warning to its citizens in Indonesia, Iraq and Mauritania – countries where protests have taken place – and advised them to exercise caution.