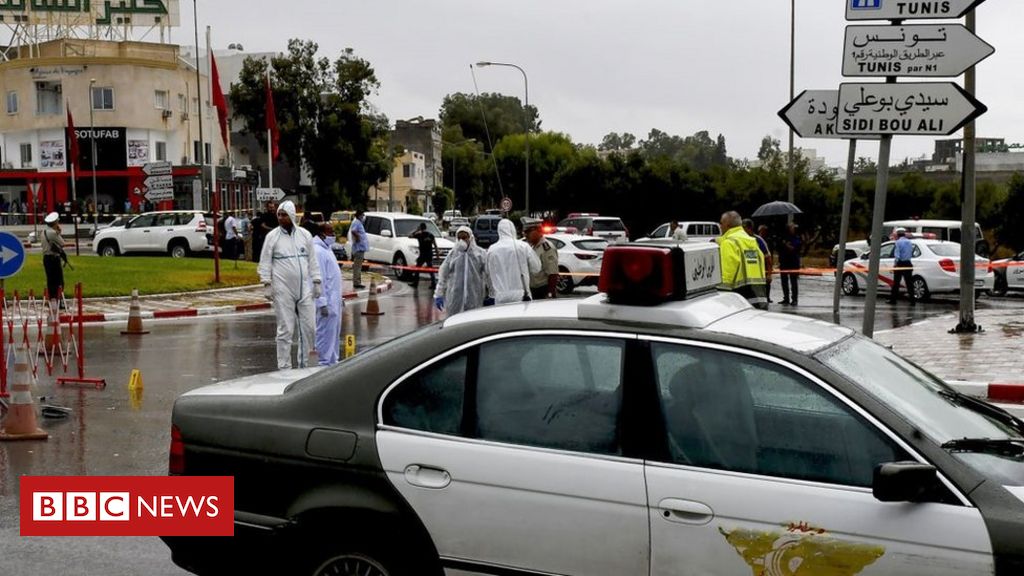 Security officials in Tunisia say a police officer has been killed and another wounded in a knife attack in the coastal resort of Sousse.

Three assailants were shot dead after the incident, which is being described as a terrorist attack.

Sousse was the scene of one of Tunisia’s worst attacks, when 38 people, most of them British tourists, were killed by a gunman.

The latest incident comes two days after a new government was sworn in.

The suspected militants rammed their vehicle into a National Guard checkpoint at a junction near the city’s port.

“A patrol of two National Guard officers was attacked with a knife in the centre of Sousse,” National Guard spokesman Houcem Eddine Jebabli said, according to the AFP news agency.

“One died as a martyr and the other was wounded and is hospitalised,” he said.

“This was a terrorist attack”.

The knifemen stole guns and a police vehicle during the attack before making off, Mr Jebabli said. Security forces took off after them through the tourist areas of El Kantaoui.

“In a firefight three terrorists were killed,” he said, adding that two guns and the car were recovered.

It is unclear if the assailants were tied to any particular extremist group, but the wider threat in Tunisia in recent years has been from dispersed sleeper cells composed of jihadists that returned from Syria, Libya, and Iraq, says the BBC’s Rana Jawad in the capital Tunis.

Thirty-eight people lost their lives when a gunman opened fire on tourists staying in El Kantaoui in June 2015. Thirty of those killed were British tourists staying at the Hotel Rui Imperial Marhaba.

The Islamic State (IS) said it was behind the attack by Tunisian student Seifeddine Rezgui.

The situation in Tunisia has improved greatly since then, although a state of emergency is in place.

Since 2015, successive governments have changed their counter-terrorism strategy by focusing more on prevention, rather than response, our reporter says.

Countries like Germany and the UK have contributed to training security forces.

Mr Mechichi appointed technocrats to his government rather than members of political parties as had been the case in the past.