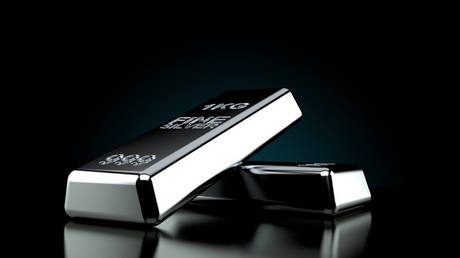 Max Keiser talks to Stephen Flood of GoldCore.com about the case for gold in a bitcoin world, as well as the recent Reddit-driven buying frenzy, which sent silver prices soaring to an eight-year high.

â€œThereâ€™s a lot of silver, but itâ€™s not in the right place, itâ€™s not in the right format for certain vehicles,â€ Flood says, adding: â€œSo, the ETF might come under pressure, it may not be able to fill its baskets. You might have its price decouple from the silver price, and it could become disorderly. But we are finding good supply at the refinery levelâ€¦â€Â

According to Flood, â€œSilver is very much a marginal investment, most people havenâ€™t a clue about it. Until recently it wasnâ€™t on anyoneâ€™s radar.â€

He says: â€œI do think, though, that as this inflation story begins to take off â€“ I think thereâ€™s a tsunami of inflation coming â€“ people will look to alternatives and silver is definitely going to catch a bid. And youâ€™re going to see a lot of people looking to allocate that into their portfolio for the first time ever. This could actually develop into a real full-on silver short squeeze.â€