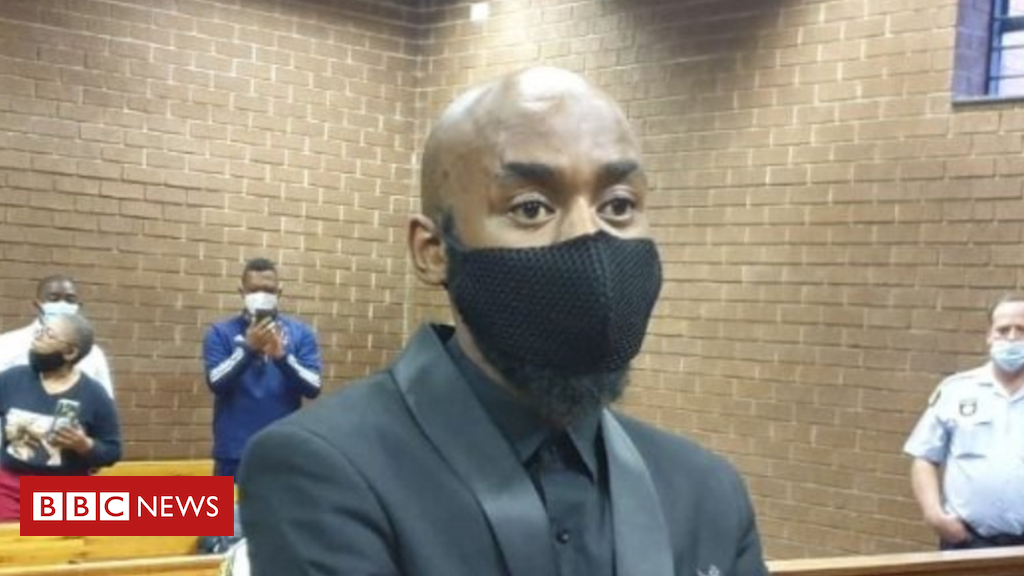 The boyfriend of a South African woman, whose murder galvanised protests against violence against women in the country, has been charged with her murder at a court in Johannesburg.

The body of the pregnant 28-year-old was found hanging from a tree two years ago, with multiple stab wounds.

Mr Shoba was not asked to enter a plea during his court appearance.

Last week, a Johannesburg court sentenced another man, Mzikayise Malephane, to 20 years in prison after he pleaded guilty to murdering Ms Pule.

Malephane told the court that Mr Shoba “did not want his wife to find out about the unborn baby”.

Prosecutors have charged Mr Shoba, who was arrested last week, with murder, conspiracy to commit murder, and defeating the ends of justice.

He added that the family knew that Ms Pule was dating Mr Shoba, but did not know “what type of relationship they had”.

According to the family she had gone to see Mr Shoba in his house in Florida on the West Rand district, 16km (nine miles) west of Johannesburg, in June 2019, after he invited her to go shopping for the unborn baby, news24 reports.

They got into an argument and he later called a taxi whose driver turned out to be Malephane.

On 5 June Ms Pule’s body was found hanging from a tree in Roodepoort area in the West Rand district.

Her death was widely condemned and inspired the hashtag #JusticeForTshego on Twitter, the BBC’s Pumza Fihlani reports from Johannesburg.

In a country with one of the highest levels of violence in the world, including high cases of femicide, Ms Pule’s death distressed many, our reporter adds.

In response, President Cyril Ramaphosa released a statement denouncing gender-based violence, saying the pandemic had made it more dangerous for women because “violent men are taking advantage of the eased restrictions on movement to attack women and children”.

As many as 51% of women in South Africa had experienced violence at the hands of someone they were in a relationship with, the president’s statement said.

Following an outcry over a spate of femicides the year before, President Ramaphosa said South Africa was one of “the most unsafe places in the world to be a woman”.

Mr Shoba’s case has been postponed until 1 March when a formal bail application will be heard.