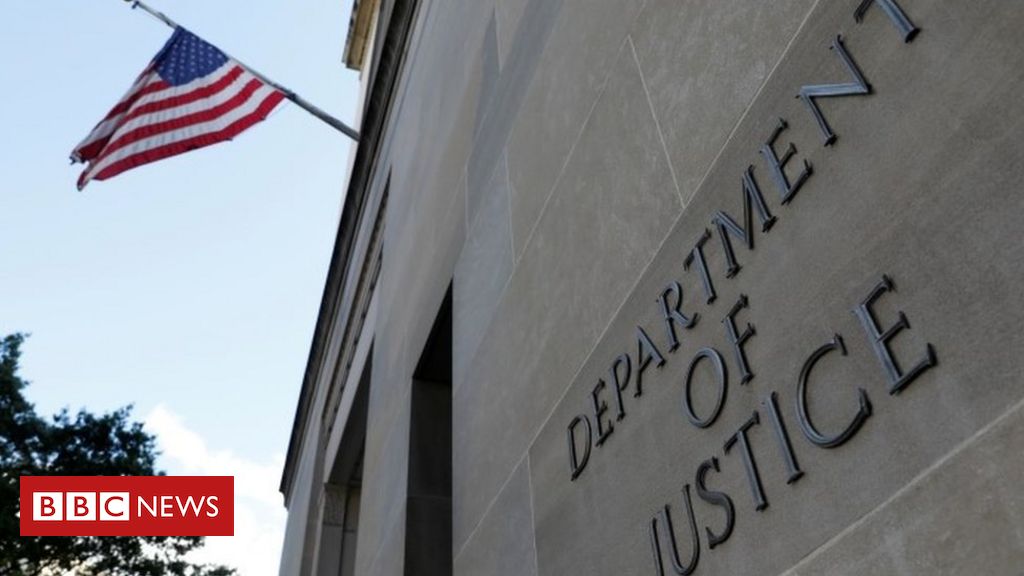 The US justice department is looking into claims that lobbyists have tried to use bribes to secure a presidential pardon, unsealed court papers show.

The redacted filings do not give any names, but the justice department says no government official is being probed.

In a tweet, President Trump referred to the investigation as “fake news”.

It is common for outgoing presidents to use their right to issue pardons, which wipe out convictions.

President Trump – who is due to leave office in January, although he is still contesting his election defeat in the courts – has used the procedure a number of times.

Meanwhile, US media say Mr Trump has been discussing the possibility of pardoning family members.

What are the bribery claims?

The document released by a federal court in Washington DC on Tuesday relates to a request by the Department of Justice (DOJ) to use emails and other communications seized in a bribery-for-pardon inquiry.

The data, prosecutors say in the paper, points to potential “criminal activity”.

They say individuals – whose identities are redacted – appear to have “acted as lobbyists to senior White House officials without complying with the registration requirements” for such activity.

Their aim, according to the papers, may have been to secure “a pardon or reprieve of sentence” for another unidentified individual.

According to the documents, prosecutors in August sought a court order “so that the investigative team [could] access” the communications and confront the suspects.

It is unknown who the people targeted were. On Tuesday the DOJ said: “No government official was or is currently a subject or target of the investigation disclosed in this filing.”

Who has Trump pardoned?

Mr Trump has so far been less enthusiastic in using his right to grant clemency than any of his recent predecessors, according to the Pew Research Center.

President Trump, by contrast, had granted just 28 pardons and 16 commutations as of late November.

Apart from Michael Flynn – who was convicted in 2017 of lying about his contacts with the Russian ambassador the year before – people pardoned by Mr Trump include political strategist Roger Stone, ex-Arizona sheriff Joe Arpaio, and former vice-presidential aide Scooter Libby.

A number of Trump allies are reportedly hoping for clemency, including ex-advisers Rick Gates and George Papadopoulos, who were both convicted in the investigation into Russian interference in the 2016 election.

US media also say the president is considering issuing pardons for family members – even though none has been accused of any crime.

One source told NBC News that the suggestion has arisen because the president feels embattled – not because he believes that he or any of his relatives are guilty of wrongdoing.

There are precedents for granting clemency to people who have not been indicted.