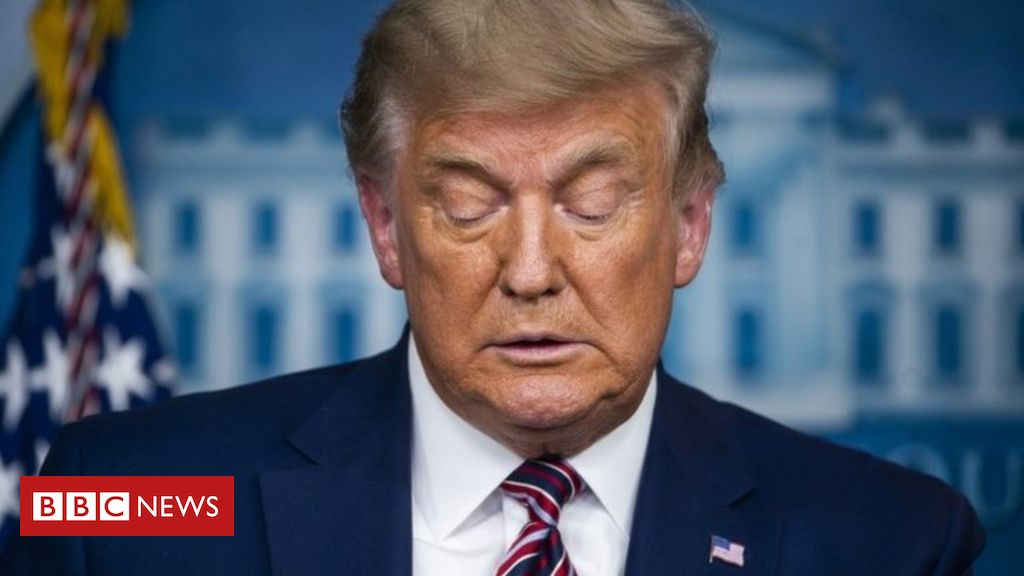 US President Donald Trump faces a fresh setback in his bid to overturn election defeat as Michigan lawmakers indicated they would not seek to undo Joe Biden’s projected win in the state.

Two legislators pledged after a White House meeting to follow “normal process” in validating the vote.

The Democrat is set to take office on 20 January as the 46th US president.

On Friday, his transition team set out his priorities for the first 100 days of his administration.

Meanwhile, Mr Trump again falsely claimed victory during a White House announcement on drug pricing, dropping in a mention of the election to say: “I won, by the way.”

What is Trump’s next move?

After a string of court defeats in his efforts to challenge the election results, the president’s team is hoping to convince legislatures controlled by his fellow Republicans in key states to ignore the outcome and declare Mr Trump the victor, according to multiple US media outlets.

Mr Trump has also expressed interest in inviting legislators from Pennsylvania, another battleground won by Mr Biden, to the White House for a meeting, a senior campaign official confirmed to the BBC’s US partner, CBS News.

But he has no such meetings currently listed on his public schedule for this weekend, and counties in the Rust Belt state, along with Michigan, are due to certify their vote totals on Monday.

It is seen as highly unlikely that the president’s team would be able to flip Michigan and Pennsylvania.

Even if they managed to do so, Mr Trump would still need to overturn the result in one other state in order to leap-frog Mr Biden in the US Electoral College and lay any claim to victory.

Michigan Senate Majority Leader Mike Shirkey and Speaker of the House Lee Chatfield confirmed the long odds of any such strategy after meeting the president at the White House on Friday afternoon.

The two Republican legislators – hailing from a state that Mr Biden is projected to win by 154,000 votes – said they had focused during the discussion on Covid-19 assistance, not Mr Trump’s efforts to overturn the election results.

The White House said earlier that it was “not an advocacy meeting” and simply part of the president’s routine meetings with state lawmakers across the country, although he has conducted very few engagements since the election.

Afterwards, Mr Shirkey and Mr Chatfield said in a joint press release: “We have not yet been made aware of any information that would change the outcome of the election in Michigan and as legislative leaders, we will follow the law and follow the normal process regarding Michigan’s electors, just as we have said throughout this election.”

Democrats warned that Mr Trump was trying to pressure the legislators to subvert the will of voters and seat their own electors to the Electoral College, which gathers next month.

How has the White House responded?

She instead launched into a blistering attack on members of the media and Democrats, charging them with hypocrisy for having, she said, sought to de-legitimise Mr Trump’s election victory four years ago.

“So while every legal vote is counted let us not forget the inexcusable transition, or lack thereof, that President Trump had to endure in 2016 and for years into his presidency.”

She pointed out that some 70 Democratic lawmakers had boycotted his inauguration. Ms McEnany also said that media outlets had accused Mr Trump of having colluded with Russia, an allegation that a major justice department inquiry found no evidence to support.

After the 2016 election, the losing Democratic candidate Hillary Clinton’s campaign chairman John Podesta wrote an op-ed in the Washington Post calling on the Obama administration to brief members of the US Electoral College on “Russian interference” before they could vote to confirm Mr Trump’s election victory.

However, by this point in the transition cycle in 2016, Mr Obama had invited Mr Trump to the White House, and Mr Trump has yet to even concede victory to Mr Biden.

What happened in Georgia?

Following a by-hand recount, US President-elect Biden’s narrow victory in Georgia was officially certified on Friday by the Republican official who oversaw the audit.

“I live by the motto that numbers don’t lie.”