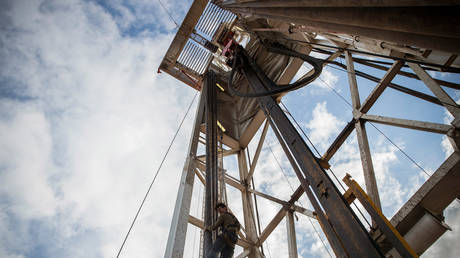 The shale revolution may have made the United States and the world’s largest natural gas producer, but it has failed to make the biggest US shale gas drillers any richer.

Frackers in the top shale gas basin, the Appalachia, continue to bleed cash, despite the deep cuts in capital expenditures this year as a result of the plunge in gas prices in the first half of 2020 due to mild winter early in the year and depressed demand later on with the pandemic.

Nine of the biggest shale gas producers in Appalachia cut their capex in Q3 by over one-third compared to the same period of last year. Despite these deep cuts, six of those drillers booked negative free cash flows in the third quarter, while the combined free cash flow of the nine firms was a negative US$504 million, the Institute for Energy Economics and Financial Analysis (IEEFA) said in an analysis last week.

In other words, gas-focused drillers continue to struggle with free cash flows, and some continue to spend beyond their means.

Also on rt.com
US shale bankruptcies accelerate despite pandemic protection

“The shale revolution has turned the US into the world’s most prolific gas producer. Yet in financial terms, the gas production boom has been an unmitigated financial bust, with most fracking-focused companies, including major Appalachian gas companies, regularly reporting negative free cash flows,” IEEFA analysts Kathy Hipple, Clark Williams-Derry, and Director of Financial Analysis, Tom Sanzillo, wrote in the report.

The COVID-19 downturn, less than five years after the previous slump in the US shale patch, laid bare the truth that investors had started to warn about after the 2015-2016 crisis—‘borrow to drill’ and ‘borrow to repay previous borrowings’ is an unsustainable business model if companies want to reward investors and shareholders with better returns and maintain relatively healthy balance sheets.

Back in 2017, even Harold Hamm warned his fellow oil and gas producers to be careful as “drillers don’t want to drill themselves into oblivion.”

Some drillers, however, did just that.

In 2020, the crisis and the low natural gas prices claimed as a prominent victim as shale gas pioneer Chesapeake Energy, which filed for Chapter 11 bankruptcy protection in June. Analysts say this particular filing was a long time coming.

Also on rt.com
Why energy demand is plummeting in the US

“If I were to describe Chesapeake in one word, that word is ‘excess’ – excess liabilities, excess costs, excess gas in an oversupplied market,” Alex Beeker, principal analyst on Wood Mackenzie’s corporate upstream team, said at the time.

The excess debt and the negative cash flows have made “debt repayment an ongoing challenge for Appalachian gas producers,” IEEFA said in its recent report.

At the same time, oil supermajors have been fleeing the Appalachia.

Shell sold in May its Appalachia shale gas assets for $541 million in a transaction that wouldn’t have caught much attention if it weren’t for the fact that the oil and gas major had paid nearly nine times that price when it bought the assets a decade ago.

Chevron agreed in October to sell its upstream and midstream assets in the Appalachian Basin for $735 million to the biggest natural gas producer in the United States, EQT Corporation.

Further consolidation is the way for the Appalachian shale—and for EQT Corporation—its chief executive Toby Rice told Bloomberg in an interview last month after the deal with Chevron was announced.

Consolidation is also gaining momentum in the oil patch, with companies with healthier balance sheets looking to strengthen portfolios with value-accretive deals.

Shale-focused oil and gas firms have slashed capex by 58 percent annually to $5.8 billion in Q3, the lowest level in a decade, IEEFA said in a new analysis on Tuesday, which analyzed financials at 33 listed independent US oil and gas drillers, 32 of which cut spending.

The capex cuts led to a combined free cash flow of $2.6 billion in Q3, “the strongest results since the dawn of the fracking boom,” IEEFA said, but warned that the third-quarter free cash flow figure was not a reason to be too optimistic about US shale.

“These steep cuts suggest that the US shale sector has stopped investing in its own growth,”said Kathy Hipple, an IEEFA financial analyst and lead author of the analysis.

“Moving forward, US shale companies may continue to restrain capital spending to conserve cash and stave off bankruptcy. But these results reinforce the idea that the oil and gas industry has pulled back from investing in its future and instead has settled for managing its own decline,” Hipple noted.