Home World Tokyo Olympics: Why people are afraid to show support for the Games 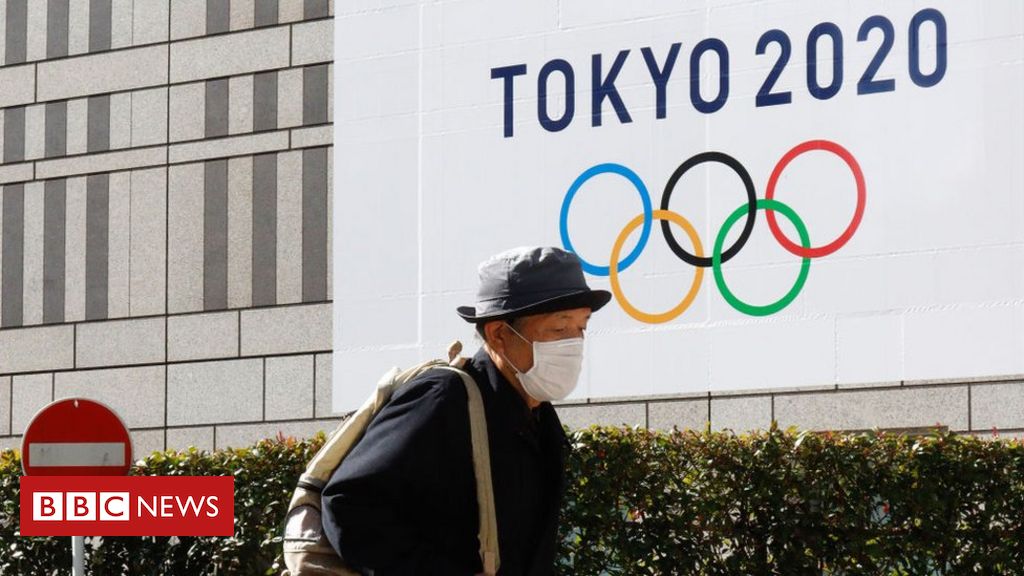 Japan is not a country known for protests. So when people take to the streets in large numbers, it gets noticed.

The Tokyo Olympics, up until the pandemic, may have been an unlikely target. But with less than 50 days till the start of the event, the majority of the public say they want the Games to be cancelled or postponed again.

It doesn’t mean, however, that there aren’t supporters of the event.

Recently, I received a passionate message on social media from someone in Japan who was in favour of the Olympics.

“The most memorable Olympics I remember watching on TV is the 1984 Los Angeles Games. I was so proud to watch Judo’s Yasuhiro Yamashita in tears, with the rising sun flag in the middle, with a gold medal around his neck.

I watched Carl Lewis run so fast and thought he must be God. Olympic athletes are superhumans who exist in real life. That’s why I want the Tokyo Olympics to go ahead because I want to watch those athletes.”

However, the person pleaded for anonymity, as did another person who told me he wanted the Games to go ahead “so that the athletes can show off all the efforts from the last five years”.

Why? Their answers were almost exactly the same.

“Those against the Games may complain, not just to me but also to my company and I don’t want to cause trouble for my colleagues and bosses.”

A petition against the Tokyo Olympics has collected a record 420,000 signatures.

With a looming national election, Prime Minister Yoshihide Suga has been under enormous pressure with his approval rating having halved since he took office.

When the public realised that the contract between the government and the IOC didn’t allow Tokyo to cancel the Olympics without risking future lawsuits, they grew even angrier.

It has become an extremely emotional debate where dissenting views are not tolerated to the extent that people who hold them are too scared to come forward – including athletes.

Swimmer Rikako Ikee who inspired many by qualifying for the Olympics two years after being diagnosed with leukaemia received messages on social media, calling for her to withdraw from or oppose the Games.

She replied on Twitter, saying that while it is natural for many people to call for the Games to be cancelled because of the pandemic, “to put that burden on individual athletes is agonising”.

Rugby player Chiharu Nakamura, who was recently interviewed by the BBC, said on Twitter: “I cannot publicly say I want the Games to go ahead because I know it’s athlete’s ego.”

“It’s unfortunate that athletes don’t feel comfortable saying that they want the Games to go ahead,” said Toshinao Sasaki, a journalist who has written extensively about how Japan needs to be able to have a healthy debate.

A debate with no middle ground

The country’s education system plays a role by focusing on memorisation instead of exchanging opinions in classrooms. As a result, Mr Sasaki said a debate in Japan tends to become polarised with no middle ground.

While we have heard reservations expressed by tennis players Naomi Osaka and Kei Nishikori and golfer Hideki Matsuyama about staging the Tokyo Olympics, many athletes in Japan have kept a low-profile because the public – until now – expect them, just like celebrities, to be apolitical.

And the government is simply choosing to stay silent, with the same sentence “The Tokyo Olympics will be held in a safe and secure manner”, having been repeated over and over.

“Those who want the Games to go ahead – the organising committee and the ruling Liberal Democratic Party of Japan – get attacked so they have stopped explaining properly,” said Mr Sasaki.

Katsuhiko Kato, who is happy to openly express his support for the Games, also pointed to a lack of communication.

“The government and the organising committee have very strict rules on how to prevent infections and they’re all in the playbook,” he said.

“But the problem is it’s not well known. The government and the organising committee need to use the media to explain and almost advertise their strategies not just in Japan but around the world.”

Mr Sasaki says the perfectionist nature of the Japanese public who demand zero risk is not helping either.

“If you look back at history, nuclear energy was sold to us as 100% safe, instead of discussing the importance of sustainable energy supply outweighing its risks,” he said.

“This time too, if anyone says there is a risk of new infections, people get angry.”

The facts and figures

So what does the data say about the Games going ahead?

Tokyo University’s Taisuke Nakata and Daisuke Fujii conducted a simulation study which estimates that by the third week of October – if the state of emergency is lifted in mid-June and if the vaccine rollout continues at the rate of 600,000 a day – Tokyo would have 822 new cases, should the Olympics be cancelled.

According to their calculation, the entry of 105,000 foreign athletes and officials, half of whom will have been vaccinated, would lead to 842 new cases which is not much higher.

The study warns, however, if the flow of people within Japan rises by 2% because people are watching at sport bars, for example, the new infections could be 1,046.

If the flow rises by 6%, the new cases could hit 1,600, highlighting the importance of limiting the movement of people.

For Aiko Tamura who opposes the Games, even one more death is unacceptable.

“By cancelling the Games, no-one would die. By going ahead with it, people would die,” she told me.

“If our children are having to give up their sporting events, why can the Olympics go ahead is my simple question.”

Others are fed up with what they call the IOC’s attitude.

Masakazu Takahashi told the BBC: “They’re only thinking about the financial profits and they don’t care if people die. It’s the complete opposite of the Olympic spirit.”

Another Japanese citizen, Kouji Yoshimura, also said that “the Olympics has become a cult of commercialised sporting event and their arrogance is surprising.”

With athletes starting to arrive in Japan, the Games appear to be on regardless of public opinions.

A lot is at stake if things go wrong.

And the Tokyo Olympics, which the government hoped would symbolise the country’s recovery from its biggest natural disaster, has led to one of the most emotional debates in recent history.