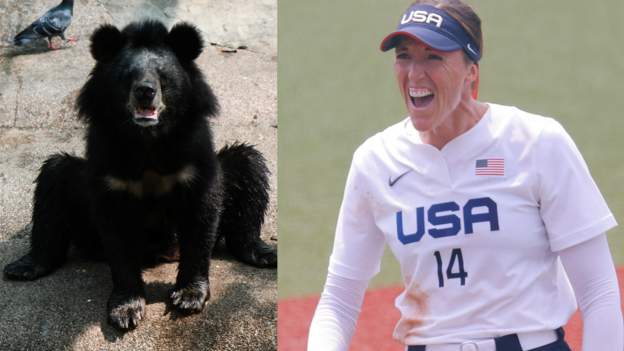 We’re going on a bear hunt… at the Olympic softball stadium?

The United States softball team say they were on the lookout on their way to the Azuma Stadium in Fukushima on Thursday after reports of a furry, ticketless intruder – an Asian black bear – were heard the day before.

The one-metre-long animal was spotted on a number of occasions before the opening match of the Olympic softball tournament, but thwarted capture and is still roaming the area, according to local media reports.

US coach Ken Eriksen, who lives in Florida, said the team attempted to spy it during their bus journey to the stadium.

“We were actually looking to see if we could find another bear,” he added. “We don’t have a lot of bears back where we are at.”

Sightings of bears are a common occurrence in Japan as they often venture into towns and villages.

“I was kind of disappointed I didn’t get to see it!” United States pitcher Monica Abbott told reporters.

The bear was only a temporary distraction for the squad, as their 1-0 win against Canada on Thursday meant the favourites for the gold medal have eased through their opening two matches.

The Games officially open on Friday.