Home Economy TikTok owners want Microsoft to take over US business in a bid... 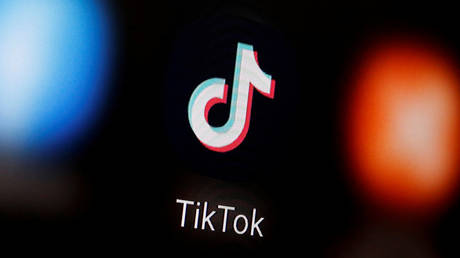 Chinese firm ByteDance, which owns the popular short-video app, has reportedly offered to completely forgo a stake in the US business of TikTok hours before US President Donald Trump was meant to ban the service.

ByteDance initially planned to keep a minority stake in its overseas operations, but the initial proposal met opposition in the White House. As the Trump administration increased pressure, the company, unwilling to lose the US market with millions of users, came up with a new deal on Saturday, Reuters reported citing sources familiar with the matter.

Also on rt.com
Trump says he will BAN TikTok in US within 24 hours


Under the new deal, the Chinese owners of TikTok would exit completely to let Microsoft take control of its American operations, while in the future other American companies may eventually win the right to acquire a majority stake. The plan also implies that the US tech giant would be in charge of protecting all US user data.

Microsoft and Bytedance have not officially commented on the matter so far. It was earlier said that the corporation is in “advanced talks” with Bytedance, but the valuation of the deal, possibly amounting to millions of dollars, has not been revealed.

Also on rt.com
Beijing may target Apple, Boeing & other US tech giants in retaliation for Huawei ban – Chinese state media


However, it is still unclear if the undated deal would be enough to save TikTok from the looming ban. Just hours before, President Trump told reporters on board Air Force One that he was not in favor of such an acquisition.

“As far as TikTok is concerned, we’re banning them from the United States,” Trump said, adding that he might use an executive order or invoke emergency powers to implement the decision.

The Trump administration has been accusing the China-developed app of handing over private data to the Chinese government – the same mantra it used against other Chinese firms, such as Huawei. Commenting on the recent threat from Trump, TikTok, which has previously denied the allegations, stressed that all its data is stored in the US. It also noted that has given jobs to 1,000 Americans this year alone, and wants to expand its US staff by another 10,000 employees.