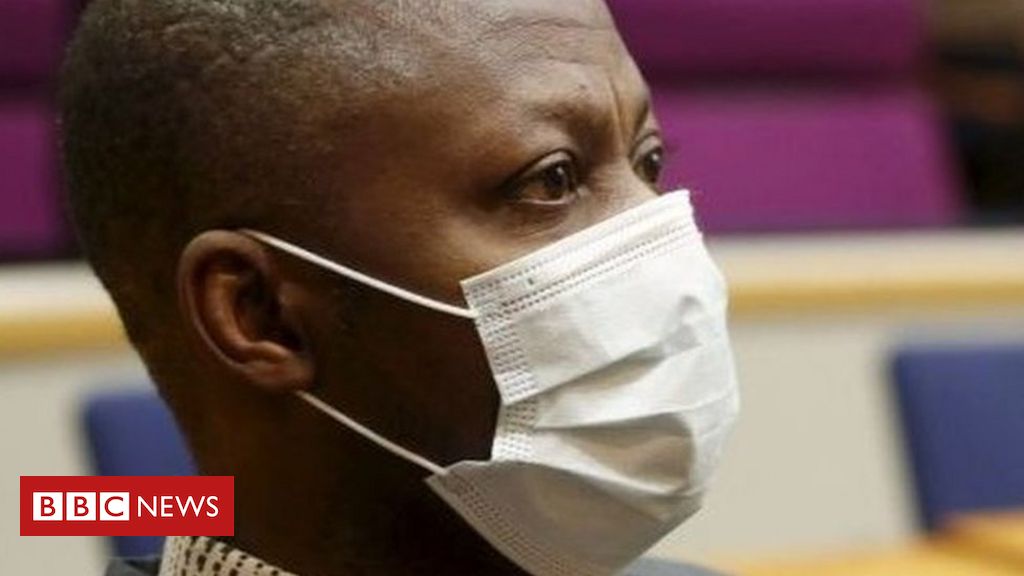 Tales of atrocities dominate accounts of Liberia’s years of civil war but not a single person has been tried for war crimes in the country’s courts.

On Tuesday, in an unprecedented move, a war crimes case is due to be heard in the capital, Monrovia. But this will be a Finnish court holding a special session, not part of the Liberian judicial process.

Gibril Massaquoi was a resident of Finland when he was arrested in 2020 and is accused of killing civilians, rape and recruiting child soldiers. He denies the charges.

The case, while welcomed by campaigners, raises the question of why the Liberian courts have not taken any action.

Arthur Bondo is one of those who wants to see people on trial in his country.

He has a clear memory of the day when the National Patriotic Front of Liberia (NPFL) rebels came to his father’s farm in north-central Bong county.

“They shot the pigs we were rearing, ordered us to carry the pigs with them and forced us to join them,” he says.

“I experienced a lot of bad things.”

He does not go into any more detail. He is clear however that he wants a war crimes court to be established “to stop impunity”.

The 46-year-old bears the physical and emotional scars of the conflict and wants to make sure that others do not have to go through the same thing.

He lost an arm during that time and is now head of a disabled persons association in Bong county.

“The child soldiers who were used are living in poverty and trauma. If a war crimes court comes to Liberia and people are prosecuted no-one would use child soldiers again.”

His words are echoed by campaigner Adama Dempster from the Civil Society Human Rights Advocacy Platform of Liberia.

He believes that a “war crimes court would give closure to victims from the civil war, and would also give victims an opportunity for legal redress”.

Victim testimony has become a key part of war crimes trials, and the Finnish court will be sitting in Monrovia to hear those witnesses.

Mr Dempster also believes that the lack of a judicial process and a “failure to address past human rights violations during the war [has led] to the undermining of present human rights”.

It was supposed to be different.

Ellen Johnson Sirleaf, who won the country’s first post-conflict presidential election, inaugurated the Truth and Reconciliation Commission (TRC) in 2006 to, in her words, “help the process of healing”.

This was a country shattered by war and looking for a way to restore trust among the people.

The TRC was not a tribunal but it was established to identify “the root causes of the conflict, and [determine] those who are responsible for committing domestic and international crimes against the Liberian people”.

Its final report in 2009 recommended, among other things, the prosecution of certain individuals, the establishment of a special court and for certain people to be barred from public office for 30 years, as well as reparations for victims.

But the recommendations were immediately mired in political controversy.

Among those who were supposed to be barred was Mrs Johnson Sirleaf herself because of a past connection with one-time rebel leader and former President Charles Taylor.

She had admitted that she had donated money for a relief operation that ended up in Taylor’s hands and had apologised at the commission – but she did not step down.

She was not the only one, and some remain in office today. There were others in positions of authority who were identified for prosecution – including two lawmakers who still sit in parliament.

“The TRC recommendations had political implications for those in government,” Liberian researcher into transitional justice Tennen Dalieh Tehougue says.

“A logical reason why they didn’t sign off on a war and economic crimes court, or other measures, is that it would have affected them.”

She also thinks that the TRC was a missed opportunity because “it did not provide a platform for truth telling and remorse from most of the major actors in the war. Most of them justified their actions before the tribunal’s hearings.”

‘Why a war crimes court now?’

The current government, under President George Weah, who unsuccessfully ran against Mrs Johnson-Sirleaf in 2005, has given mixed messages on a war crimes court.

In 2019, he wrote to parliament to say that it should advise and provide guidance on the legislation needed to implement the TRC’s recommendations.

But later that year he told journalists that “since we came to power [in 2018], I have not one day called for a war crimes court. Why now? When we have economic issues, we’re trying to develop our country, why focus on a war crimes court now?”.

When contacted by the BBC, Information Minister Ledgerhood Rennie said “any decision of a war crimes court is one that would emanate from the Liberian people through their representatives in the legislature”.

But there does not seem to have been any progress.

Rather than waiting, some activists, including the Switzerland-based group Civitas Maxima that works with Liberians and provides information to the authorities, have tried to find alternative routes to justice in foreign courts, hence the Finnish trial of Mr Massaquoi.

In the US, ex-warlord Mohammed “Jungle Jabbah” Jabateh was jailed in 2017 for 30 years convicted of immigration fraud for lying about his past as a leader of a force that carried out multiple murders and acts of cannibalism.

Thomas Woewiyu, who had founded the NPFL with Taylor, was also convicted in the US of immigration fraud in 2018, but died before sentencing.

Taylor’s son, “Chuckie” Taylor, was tried as an American citizen in a US court and sentenced to 97 years in 2009 for torturing and killing people while he was the head of Liberia’s anti-terrorist services.

Taylor himself is in prison, but he was sentenced in connection with crimes relating to the conflict in neighbouring Sierra Leone.

And Alieu Kosiah – a former commander of a rebel group fighting the NPFL – went on trial last year in Switzerland.

The two conflicts were intertwined. 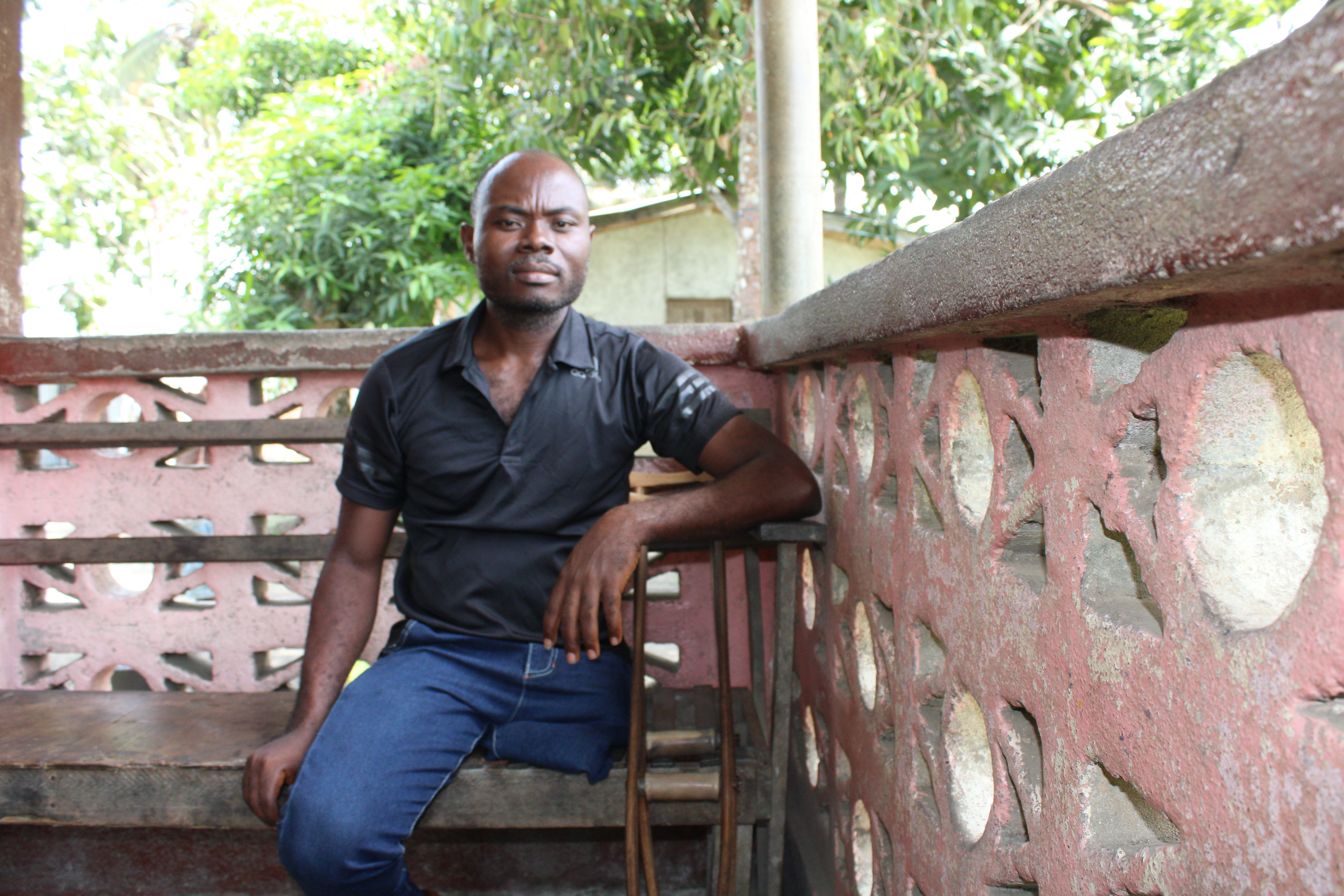 There are some Liberians for whom the memories of the fighting are too traumatic and they would rather not look back.

Godfrey Konnah, now 40, lost his leg after shrapnel from a grenade explosion hit him as he was going out to buy bread in Monrovia.

“I have moved on, whether they bring war crimes court or not, I am fine. What God wants to happen would happen.”

But Mr Dempster, who has campaigned for a court, believes that its establishment would give victims hope that their concerns could be addressed

He adds that the money would come once the political will was there.

What Mr Massaquoi’s trial might do is reignite the discussions in the country about finally finding justice for the hundreds of thousands of victims.