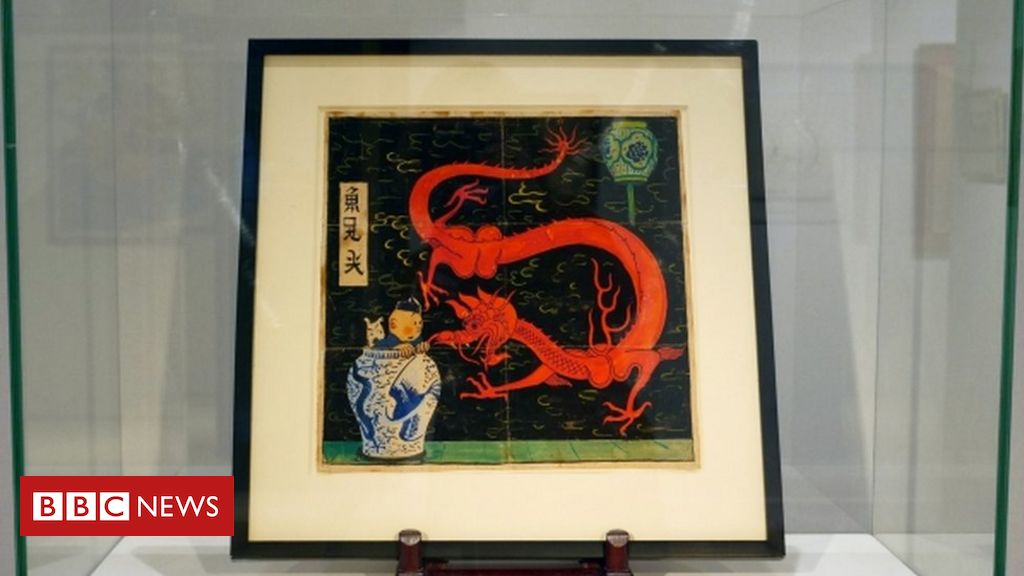 The illustration was painted using gouache, ink and watercolour and shows Tintin and his dog Snowy hiding from a dragon in a porcelain jar.

It was initially intended to serve as the cover for HergÃ©’s fifth book, The Blue Lotus, but was rejected due to reproduction costs.

A simplified version of the illustration was later used instead.

The painting was sold online by Parisian auction house Artcurial for a total of â‚¬2.6m plus fees. It had been expected to fetch between â‚¬2.2m and â‚¬2.8m.

Thursday’s sale breaks the previous record for the sale of comic book art set by another HergÃ© artwork in 2014. The two-page illustration, which dated back to 1937, sold for â‚¬2.65m including fees.

The Blue Lotus was first published in 1936 and sees Tintin travel to China during the 1931 Japanese invasion.

According to the auction house, the illustration was a gift to the son of HergÃ©’s publisher. But this has been disputed in French media, with experts arguing that the drawing did not include a dedication, unlike other artworks the illustrator gave as gifts.

HergÃ©, a Belgian whose real name was Georges Remi, created Tintin in the 1920s. The series has been translated into dozens of languages and sold more than 200 million copies.

The comic book hero has been adapted by Hollywood and has even received an operatic makeover.