Home Economy The 2021 oil price rally is far from over 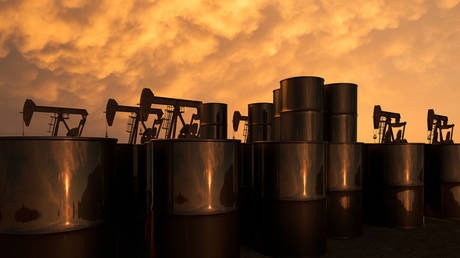 Even after hitting the highest levels in several years in recent days, oil prices have further room to rise this winter. At least short-term market fundamentals suggest so, analysts say.

Inventories around the world have fallen to below the pre-pandemic five-year average as stocks are depleting, with demand bouncing back amid a weaker supply response from producers. The energy crunch in Europe and Asia and record-high natural gas and coal prices add more arguments to the bullish case for oil in coming months as a switch from gas to oil products such as fuel oil and diesel, especially in Asia, is already underway.

The structure of the oil futures curve a year from now also points to a tight market and headroom for higher crude prices.

On the demand side, recovering economies and mobility have boosted global oil demand in recent months, leading to inventory drawdowns that have reduced global stocks to below recent averages.

In both the United States and the OECD developed economies as a whole, commercial oil stocks have dropped to below pre-COVID five-year averages after more than reversing the huge builds from the spring and summer last year, Reuters market analyst John Kemp notes.

In OECD, commercial stocks in August were 162 million barrels below the pre-COVID five-year average, the International Energy Agency (IEA) said in its latest monthly report last week. Preliminary data for the US, Europe, and Japan show on-land industry stocks fell by a further 23 million barrels in September.

The energy crisis in Europe and Asia could additionally boost global oil demand by 500,000 barrels per day (bpd) compared to a “normal” market without a natural gas and coal crunch, the agency noted, raising its 2021 and 2022 global oil demand forecasts.

While demand has rebounded despite the summer COVID flare-ups in the US and Asia, supply additions to the oil market have been lagging behind the pace of growing demand.

First, it was Hurricane Ida that limited US oil supply from the Gulf of Mexico from the end of August through most of September. Supply will not recover to its full capacity until early next year, as a Shell-operated platform will remain offline until the end of 2021.

At the same time, the OPEC+ group continues to keep the market tight, adding just 400,000 bpd each month to its overall supply. That’s despite calls from the US and other consuming nations to open the taps and tame the high oil prices, and despite the energy crisis which has forced utilities to fire up oil-fueled power generation amid record-high natural gas prices, boosting demand for oil products.

OPEC+ leaders point to expected oversupply next year and to the need to look beyond the next two months in their decision to continue to reverse only 400,000 bpd per month of their cuts.

Saudi Energy Minister, Prince Abdulaziz bin Salman, last week basically ruled out the option that the alliance would respond to the oil price rally by adding more supply than planned.

“We should look way beyond the tip of our noses. Because if you do, and take ’22 into account, you will end up by end of ’22 with a huge amount of overstocks,” he said on Thursday.

It looks like OPEC+ is not too worried about demand destruction at $85 oil, at least not for now. The group’s leaders stress the importance of a longer-term vision and stability on the market, expecting increased supply in 2022 from both their own wells and from the US shale patch, which appears to be maintaining its capex discipline even at $80 oil.

At the end of 2021, however, supply remains tight, while backwardation—a key indicator of a tightening market—between the December 2021 Brent contract and the December 2022 contract has jumped to above $8 per barrel in recent days. This is the steepest 12-month Brent backwardation since 2013, according to Refinitiv Eikon data cited by Reuters.

“The blowout in Brent crude timespreads in recent trading days signals that the pathway [to] even higher oil prices remains firm,” the bank’s research team wrote.