Home World Thailand protests: 'My father is blinded by his love for the monarchy' 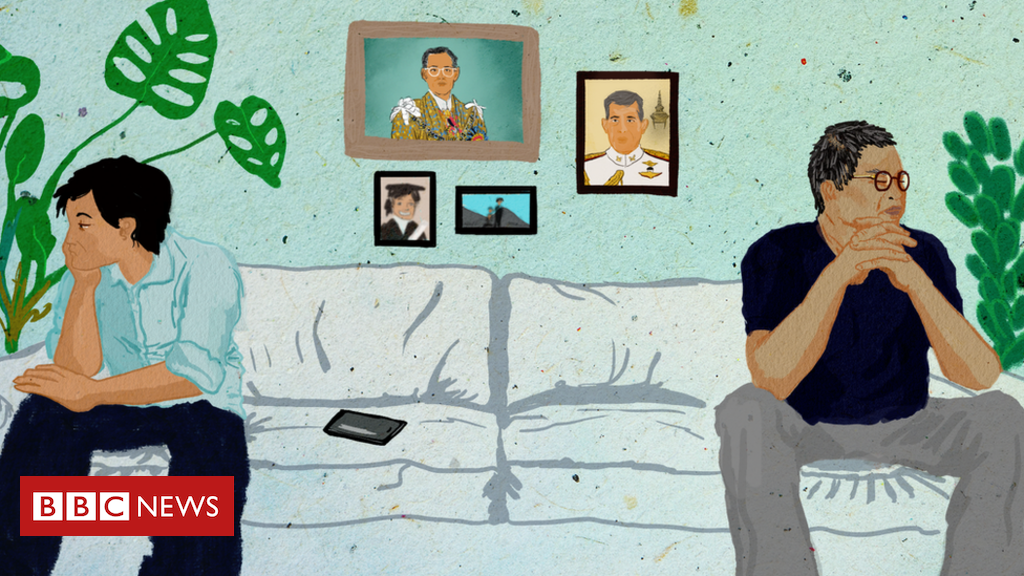 “My father taught me that criticising our king was a sin. A taboo.”

But Danai, 19, is now defying his father’s warning. A law student in Bangkok, he is one of tens of thousands of protesters who have packed the streets of the Thai capital every month this summer, demanding reform of the monarchy.

His father Pakorn is a well-travelled, upper middle class man. His name and his son’s name have been changed to protect their identity.

Although they don’t live in the same house, they still see each other often. But every time they meet, they avoid speaking about one subject: the monarchy.

“If we talk about it we’ll have a row and it will ruin our day,” Danai says.

“Once we had an argument in our car after I criticised the king. For my father the king is untouchable. I asked, why? He said that I am too young to understand. He got very angry, then he went quiet and wouldn’t speak to me.”

Danai’s family isn’t alone. Disagreements like this over the role of an institution with sacrosanct status in Thailand is playing out in homes – in cities and in the countryside – around the country.

But families in Thailand don’t just argue about the monarchy face-to-face, many decide to have it out on social media.

And things can get pretty extreme.

When a university student in the northern city of Chiang Mai revealed on Facebook in September that her father wanted to sue her because of her anti-monarchy views, he responded by posting that she was no longer allowed to use his family name.

Pakorn believes that university teachers are responsible for his son’s behaviour.

“In Thai society there are groups of hard-core people who are anti-royalists. Also the internet and social media keep pouring out misleading information and fake news. Young people absorb quickly without filtering,” he says.

Danai challenged his father about the monarchy for the first time when he was 17.

“We were at the cinema. Before the film started, when the royal anthem was played as usual, everyone stood up to pay respect to the king. I didn’t want to do that, so I stayed in my seat. My father forced me to get up, but I resisted. Only when people started staring at us, did I finally stand.”

Refusing to stand when the royal anthem was playing used to be illegal in Thailand, until the law was repealed in 2010. But failing to do so is still seen by many as disrespecting the monarchy.

Thais are taught from birth to revere and love their king, but also to fear the consequences of speaking out against him. The so-called Land of Smiles is one of a very small number of countries with a lese majeste law. This means that criticising the king, the queen or the heir to the throne is illegal – and anyone doing so could be jailed for up to 15 years.

Today, Danai doesn’t stand up in the cinema any more.

Since July, thousands of university students have taken to the streets, and have continued to do so despite a state of emergency in recent days and the arrest of many of the protest leaders.

They are demanding curbs on the king’s nearly unlimited powers and finances. These requests may seem tame to people in other parts of the world, but in Thailand no one has publicly challenged the monarchy in modern history.

The student protests shocked most Thais – including Danai’s father, Pakorn.

“I was born in the reign of King Rama IX. He did more for his people than for his own children. When he was ill, I was ready to leave this world if that could have made him live longer. But Generation Z, like my son, don’t have that experience.”

This clash of generations would have been unthinkable just a few years ago. But the crowning of the new monarch, King Maha Vajiralongkorn, changed everything.

The new king is rarely seen in public, and spends most of his time in Germany – even more so since Thailand was hit by the coronavirus pandemic.

There have been questions over his decision to take personal command of all military units based in Bangkok – a concentration of military power in royal hands unprecedented in modern Thailand.

His private life is also much talked about. Divorced three times, he married last year for a fourth time. He also appointed a woman who’d been his bodyguard as his official consort, before disowning and then reinstating her.

By contrast, the late King Rama IX was seen by many as semi-divine. Everywhere he went people would lie before him and call themselves “the dust under his feet”.

“One time, I was in my car and I saw him driving by himself, coming in the opposite direction. There was no motorcade, no sirens. Our eyes met. I was shocked. I think he just wanted to do things like other people, easy and informal. I felt he had an aura around him, his presence was very special.”

However during the last 10 years of Rama IX’s life, he was ill and stayed in hospital most of the time.

Young Thais like Danai rarely saw him in public. Even so, when the king died Danai posted messages on Facebook showing his sadness and gratitude toward him.

He told the BBC he now regrets doing that.

“I’ve just realised that what I was told about him at the time or before that was all propaganda.”

Danai can’t understand his father’s feelings for the king.

“He is blinded by his love for the monarchy. Talking to him is like talking to a wall. He doesn’t want to listen. For now, the only thing I want from my father is for him to be open-minded about this subject, as he normally is with any another issue.”

Danai believes his mother is also a royalist but does not support the monarchy as much as his dad. She doesn’t ever criticise the monarchy however – and she thinks the protests will fail.

“My mum thinks that reforming the monarchy is something out of reach and protesters can’t make this happen,” says Danai.

Pakorn says he does not know if getting older and wiser in the future will help his son get closer to him again, and put them back on the same track they both used to be on.

Danai is not sure either.

“It might be possible that I might change my mind about the institution. But I don’t think it will happen because I will get older,” he says.

“It depends on what happens in reality and the information I receive.”

The souring of their relationship because of their opposing views on the king reflects a widening generational divide emblematic of Thai society.

Since the student protests started, families all over Thailand have become increasingly divided.

Parents and children, brothers and sisters, aunts and nephews are all becoming strangers.

A young generation of Thais is questioning the monarchy and everything it represents – and this is likely to be just the beginning of a long, internal struggle.