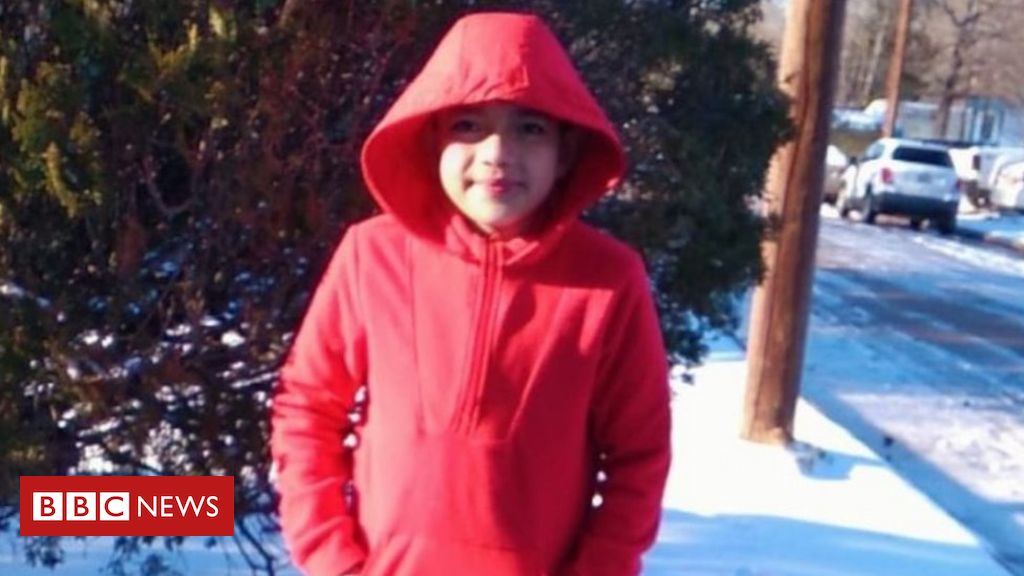 The family of an 11-year-old boy who died in recent cold weather in Texas have filed a $100m (£71m) lawsuit against power companies for negligence.

Cristian Pineda was found unresponsive by his mother in their mobile home last week amid freezing temperatures.

Millions were left without power in the unusually cold weather, which has killed dozens in southern states.

The lawsuit accuses utility firms of putting “profits over the welfare of people” by failing to prepare properly.

Both the Energy Corporation provider and the Electric Reliability Council of Texas (Ercot) are named in the lawsuit. The BBC has contacted both for comment.

“Despite having knowledge of the dire weather forecast for at least a week in advance, and the knowledge that the system was not prepared for more than a decade, Ercot and Entergy failed to take any pre-emptory action that could have averted the crisis and were wholly unprepared to deal with the crisis at hand,” the lawsuit alleges.

The state’s power companies are facing major scrutiny for the blackouts as well as cases where some customers are receiving sky-high bills for their usage.

Texas has a deregulated power system which operates independently from other states.

Governor Greg Abbott has already called for an investigation into Ercot, which manages the grid for over 90% of the state’s customers, over its handling of the weather crisis.

The council said it initiated emergency rolling blackouts last week to avoid a state-wide loss of power after about 46% of the privately owned power generation tripped offline on Monday morning.

The complaint alleges power was turned off to “those who were most vulnerable to the cold” as temperatures plummeted to 30-year lows.

“Hence, there were images of empty downtown Houston office buildings with power, but the Pinedas’ mobile home park was left without power,” the lawsuit alleges.

The Pineda family were without electricity and heat for two days as temperatures dropped to -12C (10F) where they lived, according to the lawsuit.

Speaking to the Houston Chronicle newspaper, his mother said Cristian saw snow last Sunday for the “first time” since the family migrated from Honduras two years ago. She described him as being “excited” to play outside”.

“Everything was well. He was happy that day. He was not at all sick,” she said.

The family of five said they stayed together in one room that night to keep warm. Cristian shared a bed with his younger brother, aged three, but was unresponsive the next day when his mother tried to wake him. She called the emergency services and tried to resuscitate him but without success, according to the legal filing.

The Pineda family lawsuit criticises communication to customers, who believed they would be “temporary” and rolling instead of days long.

“The failure to adequately inform Plaintiffs of the length of the black-outs prevented them from properly preparing for the lack of power, or leaving the area,” the lawsuit says. “Accurate information might have saved Cristian Pineda’s young life.”

The story of his death is one of dozens of tragedies being blamed on the cold weather in Texas. The Pinedas’ lawyer, Tony Buzbee, has said he now represents seven families who lost loved ones.

“Cristian’s lawsuit is the first and his lawsuit should be the first,” Mr Buzbee told ABC News “This kid is going to change Texas and God bless him for that.”

More than $86,000 has been donated on an online fundraiser, set up by the family to help them send the 11-year-old’s body back to Honduras to be buried by his grandparents.

On Saturday President Joe Biden declared a major disaster in Texas, clearing the way for more federal funds to be spent on relief efforts.