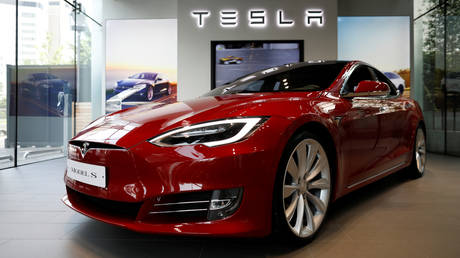 As Tesla continues to race for total electric vehicle domination, its next big market opportunity may lay in India.

India has some major plans in store for developing the traffic- and smog-choked subcontinent’s electric vehicles market. Just last week, India’s Department of Heavy Industries released an expression of interest (EoI) invitation to the private sector “to set up electric vehicle charging stations on major existing and upcoming expressways and highways running across the length and breadth of the country” according to reporting this week by Money Control. This is part of the country’s ultra-ambitious plan to establish an EV charging network at an unprecedented scale of one station every 25 kilometers (approximately 15.5 miles).  This fertile investment ground and largely untapped market has not, of course, escaped the notice of Tesla, which has recently been on a world-domination tear where EV markets are concerned. Recently, the company has all but taken over the Chinese EV sector as a diminishing domestic EV market has seen a series of once-promising companies go under. Tesla’s new Shanghai plant “has churned out super-popular Model 3 electric sedans for the past six months, catapulting the company atop the sales chart and piling the pressure on cash-strapped local rivals,”  Bloomberg reported this summer. While the Chinese EV market as a whole is in decline, Tesla’s domineering presence in the country’s market has only grown. “Tesla, in just half a year, grabbed a hefty slice of that shrinking pie — and its portion keeps getting bigger.”

And Tesla’s plans do not stop with China–not even close. “Tesla’s global ambitions run to as high as 20 million vehicles by 2030,” CNBC reported on Thursday. “I’m not saying for sure we’ll hit 20 million vehicles,” Tesla CEO Elon Musk told analysts and investors in a Wednesday conference call. “But it does seem like a good goal to have because that would mean that we’re replacing one percent of the global fleet per year.”

In its pursuit of reaching that decidedly lofty goal, the California-based EV giant is currently constructing new plants in Austin, Texas and Brandenburg, Germany, and it is continuing to increase the capacity and scale of its aforementioned Shanghai, China, plant. And now, the company’s eyes have turned to the new crown jewel: India.

According to CNN’s reporting, if Tesla pushes assertively into Indian markets, as it has been considering, India could account for as much as ten percent of Tesla’s total demand in less than ten years. This will be greatly facilitated by India’s own eager efforts to ramp up EV usage in the subcontinent. The country’s ambition to place a charging station every 25 kilometers along the country’s freeways is just one facet of their lofty ‘Faster Adoption and Manufacturing of Electric and Hybrid Vehicles (FAME)’ program.

Despite all of these advantages, Tesla runs a risk of flying too close to the sun if it tries to overextend and push into India too quickly. Liquid assets are a major concern. Although Tesla reported its fifth consecutive quarter in the black on Wednesday, the company’s operating costs have skyrocketed as they have pushed ambitiously into new markets and developed a series of new plants. According to CNN, those expenses “jumped 33 percent to over $1 billion.”

Also on rt.com
India sees HIGHEST EVER inflow of investments despite COVID-19 pandemic

And then there’s that other pesky little problem: COVID-19. The pandemic has left almost no economic sector undamaged, and EV is no exception. According to the Hindu BusinessLine, in the same week that India released its EoI for charging station investment, another government branch announced that officials expect serious delays to the development of the national EV market due to interruptions from the novel coronavirus pandemic. The India Ratings and Research department said that “low affordability and the government’s priorities on reviving the otherwise suffering auto industry could shift the focus away from EVs in the interim,” BusinessLine reported.