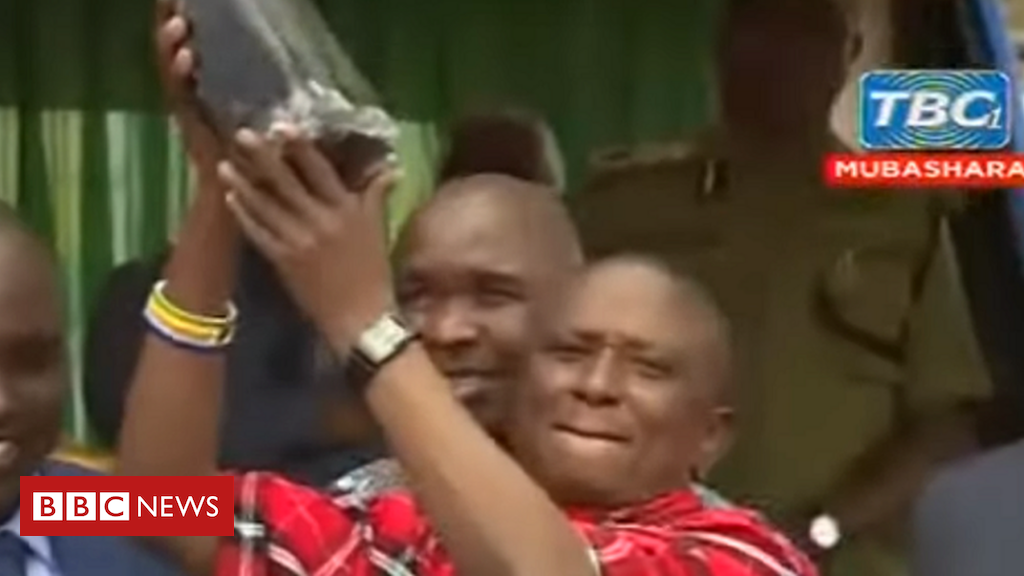 A Tanzanian small-scale miner, who became an overnight millionaire in June for selling two rough Tanzanite stones valued at $3.4m (£2.6m), has sold another gem for $2m.

Tanzanite is only found in northern Tanzania and is used to make ornaments.

It is one of the rarest gemstones on Earth, and one local geologist estimates its supply may be entirely depleted within the next 20 years.

The precious stone’s appeal lies in its variety of hues, including green, red, purple and blue.

Its value is determined by rarity – the finer the colour or clarity, the higher the price.

Mr Lazier urged his fellow small-scale miners to work with the government, saying that his experience was a good example.

“Selling to the government means there are no shortcuts… they are transparent,” he said in his remarks at a ceremony in the northern Mirerani mine.

Artisanal miners often complain about late payments of their royalties by mine owners, the BBC’s Aboubakar Famau reports from the capital, Dodoma.

After his June sale of two rocks weighing 9.2kg and 5.8kg, Mr Laizer – a father of more than 30 children – told the BBC that he would hold a party.

But on Monday he said the money will be used to build a school and a health facility in his community in Simanjiro district in northern Manyara region.

He told the BBC two months ago that the windfall would not change his lifestyle, and that he planned to continue looking after his 2,000 cows, adding that he did not need to take any extra precautions despite his new-found riches.

Some small-scale miners like Mr Laizer acquire government licences to prospect for Tanzanite, but illegal mining is prevalent especially near mines owned by big companies.

In 2017, President Magufuli ordered the military to build a 24km (14-mile) perimeter wall around the Merelani mining site in Manyara, believed to be the world’s only source of Tanzanite.

A year later, the government reported an increase in revenue in the mining sector and attributed the rise to the construction of the wall.