Home World Taliban talks: US peace envoy 'not happy about' release of prisoners 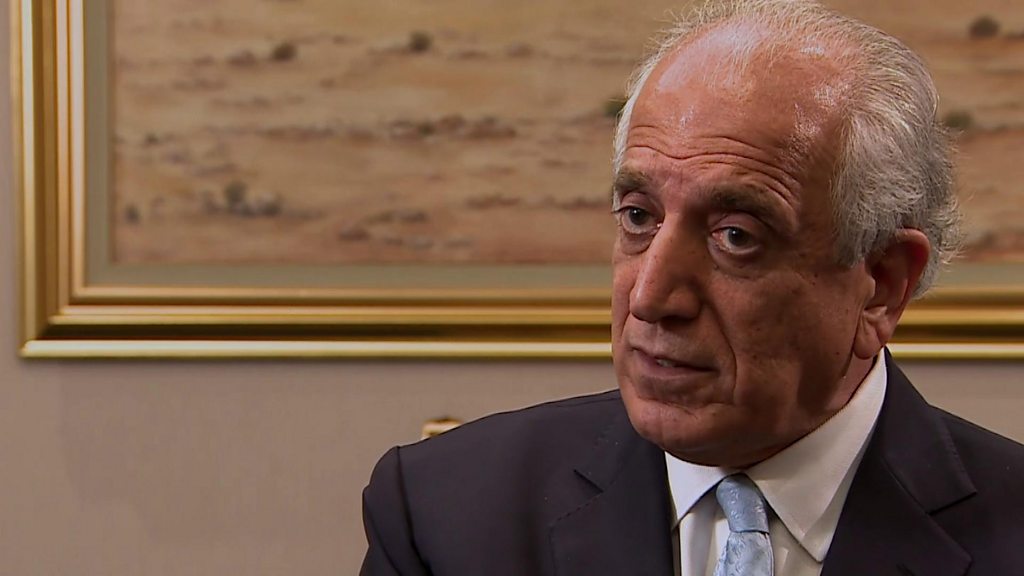 The US envoy for peace in Afghanistan has told the BBC he was “not happy about” a controversial deal to release 5,000 Taliban prisoners in order to secure historic peace talks.

However, speaking to the BBC’s Lyse Doucet, Zalmay Khalilzad added that “you have to make hard decisions”.

Asked about reports of ex-prisoners returning to fight, Mr Khalilzad said they “do not have any evidence”.

Peace talks between Afghan leaders and the Taliban began in Qatar on Saturday.

This is the first time the Afghan government has held peace talks with the militant Islamist group. The aim is to end 19 years of conflict in the country.

The release of 5,000 prisoners was a condition, agreed between the US and the Taliban after their peace talks last year, to begin these negotiations.

The Afghan government was not involved in making the agreement, and had concerns about releasing thousands of militants. Last month, Afghan President Ashraf Ghani warned that the prisoners’ release was a “danger” to the world, AFP news agency reported at the time.

“Until this issue, there was a consensus on the desirability of peace but not on the cost of it,” Mr Ghani said.

But Mr Khalilzad denied that agreeing to release so many prisoners – some of whom are considered highly dangerous – was “a mistake”.

“I appreciate the challenges the government faced,” he told the BBC. “I applaud them for making the difficult decisions that they did. That decision made today possible.”

The Taliban were removed from power in Afghanistan by a US-led invasion in 2001.

The group has gradually regained its strength to control more territory than at any point since that time.