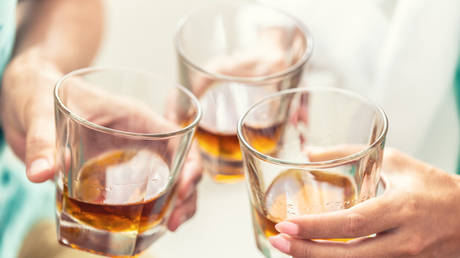 ‘A toast to that,’ the island says, and buys Lithuanian liquor destined for the mainland

Taiwan’s government-owned liquor and tobacco company has bought a shipment of Lithuanian rum that had been bound for, but blocked by mainland China.

In a statement on Monday, Taiwan Tobacco & Liquor (TTL), a firm wholly owned by the Finance Ministry, said it had stepped in and bought the entire Lithuanian rum shipment, which had been “drifting at sea,” after it discovered that China had refused its customs clearance.

TTL said the move to buy some 20,400 bottles of dark rum made by MV Group Production had been an effort to support Lithuania amid that country’s escalating tensions with Beijing.

“TTL stood up at the right time, purchased the rum, and brought it to Taiwan. Lithuania supports us and we support Lithuania – TTL calls for a toast to that,” the company said, cited by the South China Morning Post.

Lithuania recently accused China of blocking its imports, after Taiwan – a self-ruled island Beijing considers part of its territory – opened a de facto embassy in Vilnius in November. China said in December that Lithuania would end up in “the garbage bin of history” for having supported Taiwan.