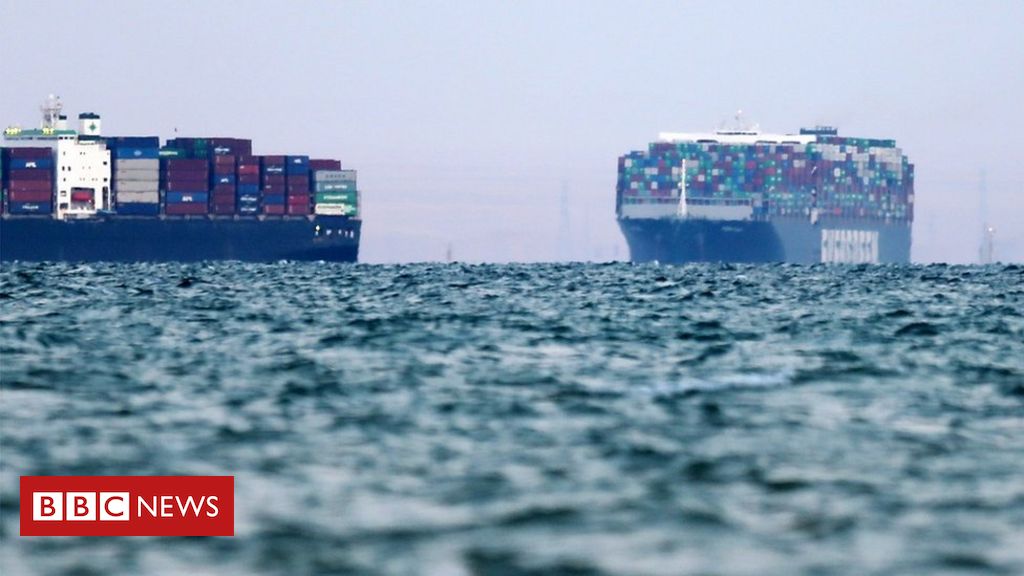 The last ships stranded by the giant container vessel that was stuck in the Suez Canal have now passed through the waterway, the canal authorities say.

More than 400 vessels were left waiting at either end of the canal when the 400m-long Ever Given became wedged across it on 23 March.

But Egypt’s Suez Canal Authority says the shipping traffic jam is now over.

Officials have opened an investigation into the incident and expect to made their findings public early next week.

The results could have major legal repercussions, as various parties seek to recoup the costs of the repairs to the ship and the canal, as well as the salvage operation.

About 12% of global trade passes through the 193km (120-mile) canal, which connects the Mediterranean Sea to the Red Sea and provides the shortest sea link between Asia and Europe.

The 220,000-tonne Ever Given was finally freed last Monday after a major salvage operation involving a flotilla of powerful tug boats and dredging vessels that shifted an estimated 30,000 cubic metres (1.1m cubic ft) of mud and sand.

The operation allowed hundreds of ships, carrying millions of tons of cargo, to start moving through the waterway.

These were expected to include the last 61 ships out of the 422 that were queuing when the Ever Given container vessel was dislodged.

The canal authorities are under pressure to upgrade the waterway’s technical infrastructure to avoid further disruption in the future.

They have said they will demand at least $1bn (£720m) in compensation for the losses resulting from the blockage.

In an interview with the privately-owned Sada el-Balad TV on Wednesday, SCA chairman Osama Rabie said that the Ever Given vessel would not leave the Great Bitter Lake, where it is currently being held, until the compensation was paid by the vessel’s owner.

Mr Rabie also said that about 800 people had helped to free the ship, adding that they would be rewarded for their “great efforts”.

The vessel’s technical managers, Bernhard Schulte Shipmanagement, said on Monday that its initial investigations suggested it had veered off course due to strong wind. They also ruled out any mechanical or engine failure as a cause.

However, Mr Rabie believes the impact of the wind was not the main reason for the incident, and that “technical or human errors” may have been to blame.

“The Suez Canal has never been closed because of bad weather,” he earlier told reporters.

He also denied size was a factor, saying larger ships had used the waterway.