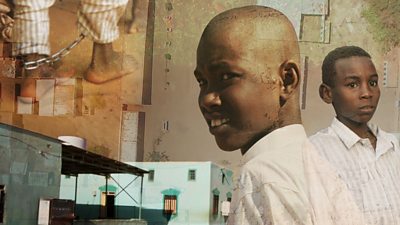 A BBC News Arabic investigation has uncovered systemic child abuse and evidence of sexual abuse inside Islamic schools in Sudan.

For 18 months, reporter Fateh Al-Rahman Al-Hamdani filmed inside 23 schools across the country.

Boys as young as five-years-old were routinely chained, shackled and beaten by the sheikhs or religious men in charge of the schools.

Mohamed Nader is one of those who was abused. He was imprisoned and tortured for five days, and received such a brutal beating that he nearly died.

Al-Hamdani spoke to him about what happened, his recovery, and his family’s fight for justice in a country where the sheikhs still wield huge power and influence.