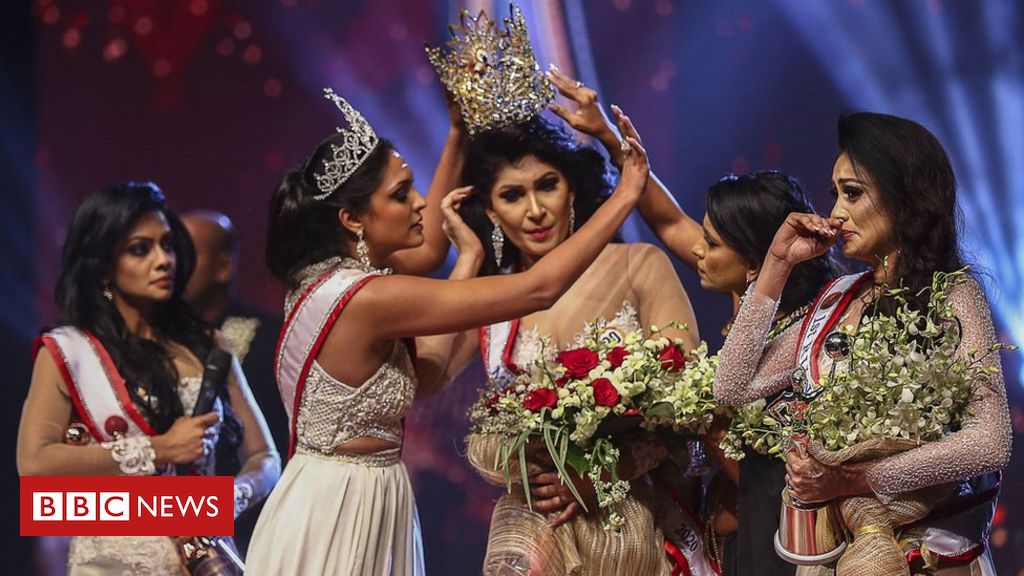 Police in Sri Lanka have arrested the reigning Mrs World Caroline Jurie, after she allegedly injured a fellow beauty queen in an on-stage bust-up.

Pushpika De Silva won the “Mrs Sri Lanka” title in a televised ceremony on Sunday, and former winner Mrs Jurie was meant to crown her.

Instead, she pulled the crown off Mrs De Silva’s head, claiming she could not hold the title as she was divorced.

The winner later said she is separated from her husband, not divorced.

Mrs Sri Lanka is part of the Mrs World beauty pageant series for married women. The winners of each country’s title progress to the overall Mrs World competition.

“There is a rule that prevents women who have already been married and are divorced, so I am taking steps to make the crown go to second place,” Mrs Jurie told the audience.

She placed the crown on the runner-up, prompting a tearful Mrs De Silva to walk off stage, a video of the incident showed.

She added that she would take legal action for the “unreasonable and insulting” way she was treated.

Another Sri Lankan model involved in the fracas was also arrested.

Both Mrs Jurie and the chief organiser of Mrs Sri Lanka pageant, Chandimal Jayasinghe, were questioned by police on Thursday. Mrs Jurie and Chula Padmendra were bailed to appear in Colombo Magistrates Court on 19 April.

Mrs De Silva has now been re-crowned, and the pageant’s organisers have said they expect Mrs Jurie to issue a public apology.

Mr Jayasinghe told the BBC earlier: “We are disappointed. It was a disgrace how Caroline Jurie behaved on the stage and the Mrs World organisation has already begun an investigation on the matter.”

The Mrs Sri Lanka World beauty pageant is a major contest in the country. The prime minister’s wife was among the guests at the ceremony.