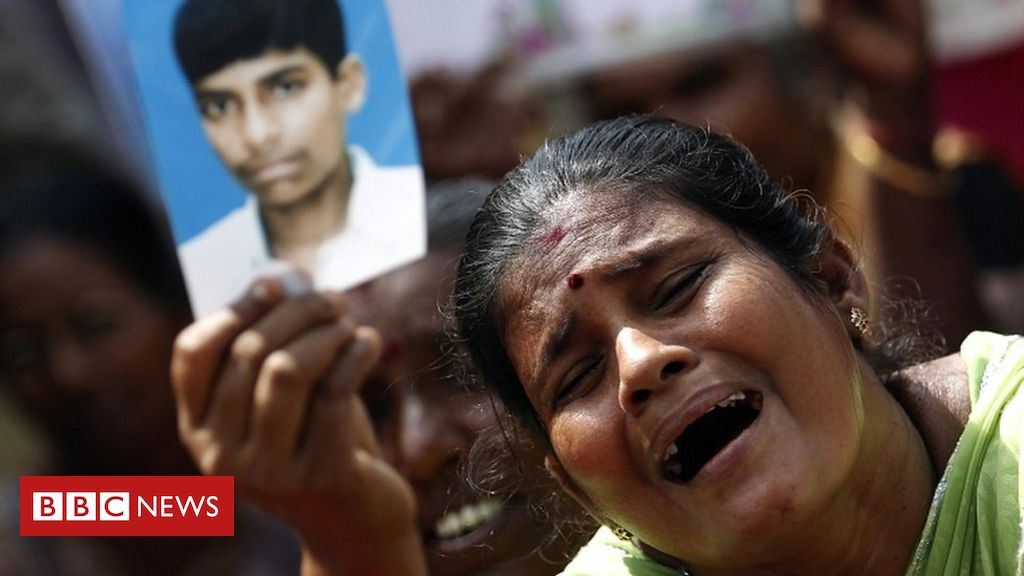 Sri Lanka is facing a new UN resolution calling on it to hold human rights abusers to account and deliver justice to victims of its 26-year civil war.

It is expected to be adopted at the end of the four-week UNHRC spring session in Geneva, which began on Monday.

Sri Lankan forces and Tamil rebels were accused of atrocities during the war, which killed at least 100,000 people.

“The victims from all communities of Sri Lanka’s brutal civil war are, a decade later, still awaiting justice for loved ones murdered or missing, and dealing with the repercussions of violence and conflict,” said Lord Ahmad, Britain’s minister of state for South Asia and the Commonwealth.

Germany and Canada are among the six countries in the Britain-led Core Group on Sri Lanka.

Lord Ahmad said the resolution was a vital step towards reconciliation and peaceful relations among all of Sri Lanka’s diverse communities and faith groups.

The UN and other aid agencies estimate that more than 40,000 people, mostly civilians from the minority Tamil community, were killed in the final stages of Sri Lanka’s war against the Tamil Tiger rebels, who were crushed in May 2009. The UN human rights office accused both sides of atrocities during the conflict.

Thousands went missing during the war and the Sri Lankan security agencies are blamed for the disappearance of Tamil rebels who either surrendered or were captured.

Since then, the families of Tamils who were killed or went missing have demanded justice and accountability. The Sri Lankan government has consistently denied targeting civilians and rejects all allegations it is guilty of enforced disappearances.

Following international pressure, the then Sri Lankan government in 2015 committed to investigate violations and hold war crimes trials supported by foreign judges, as part of a consensus resolution at the UNHRC.

But current Sri Lankan President Gotabaya Rajapaksa withdrew from the UN resolution in February 2020, months after he was elected on a nationalist platform by voters from the Sinhala majority. Last year he reassured his supporters of an end to the “era of betraying war heroes” – referring to legal action against soldiers accused of rights abuses.

Mr Rajapaksa led the war effort as the powerful defence secretary under his elder brother Mahinda, who was president from 2005 to 2015. He rejects allegations that war crimes were committed on his orders.

“The Sri Lankan government is not resisting any form of accountability within our constitution. Our constitution does not provide [options] for foreign judges,” the current foreign minister, Dinesh Gunawardena, told the BBC as the UNHRC session was about to begin.

Gotabaya Rajapaksa has also set up a three-member commission to look into what the government described as “political victimisation” of government officials by the previous government.

In a scathing report released last month, the UN High Commissioner on Human Rights, Michelle Bachelet, said: “Nearly 12 years on from the end of the war, domestic initiatives for accountability and reconciliation have repeatedly failed to produce results, more deeply entrenching impunity, and exacerbating victims’ distrust in the system.”

But the Sri Lankan foreign minister rejected the report, saying: “The ground situation is totally different to what the commissioner’s report is. That’s why Sri Lanka disagreed with her, with documents, evidence and detailed reports and answered her draft report.”

“If you go to the north and the east [Tamil areas], the surveillance is very high. Civil society organisations are visited regularly [by security agencies] and it is a form of harassment,” Bhavani Fonseka, a human rights lawyer, said.

Thousands of Tamils and members of the Muslim and Christian communities held a massive rally earlier this month. They marched from the east to the north – despite a ban because of Covid – to highlight their grievances.

While the Tamil community called for accountability and justice for the crimes committed during the civil war, Muslims complained about the forced cremation of Covid victims by the government, which they say is against Islamic practices.

Tamils say the reconciliation process and accountability are being systematically undermined by the current government.

For example, they point out that last year President Rajapaksa pardoned a soldier, Sunil Ratnayake, who’d been sentenced to death for killing eight Tamil civilians, including a five-year-old and two teenagers, in the village of Mirusuvil in northern Jaffna region in 2000.

It was one of the few convictions from the civil war era, and the UN said the pardon was “an affront to victims”.

Ms Bachelet’s report also pointed out that after assuming power, President Rajapaksa had appointed senior military officials who were implicated in United Nations reports into alleged war crimes during the final years of the conflict.

The government denies those accusations.

For people like Asha Nagendran, a Tamil from the north-eastern city of Trincomalee, justice appears further away than ever.

Sri Lankan security forces took her 25-year-old son for investigation in 2008. She has not heard from him since.

“The UN should not give any more time to the Sri Lankan government,” Ms Nagendran said. “A body set up by international representatives should investigate and address our plight.”