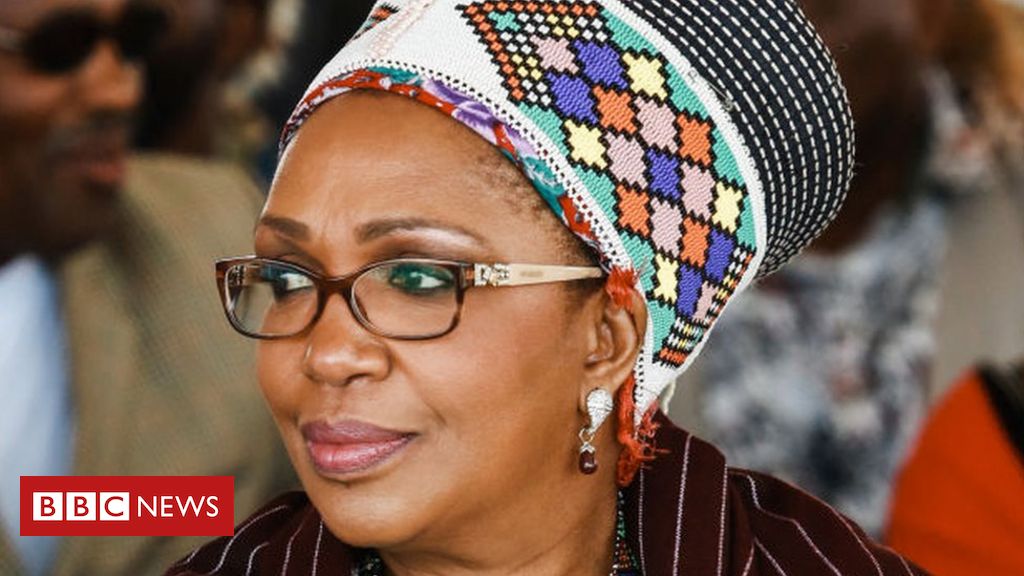 A South African princess has denied rumours that the Zulu queen who died only a month into her reign was poisoned by the royal family.

“People think we’re murderers,” Princess Thembi told local media on Sunday, amid a bitter family rift over who will become the next monarch.

She died of an unspecified illness and there is no evidence of foul play.

It has been expected that 47-year-old Prince Misuzulu – the eldest son of Queen Mantfombi and King Zwelithini – will be next in line, but a legal challenge days after the queen’s death is seeking to halt that.

A handwriting expert has reportedly been brought on board to try to prove that the signature on the king’s will was forged, as his daughters from his first marriage contend.

Their mother Queen Sibongile Dlamini has taken her fight for the throne to Pietermaritzburg High Court, where she is demanding a 50% share of his estate plus sole recognition as the only legal wife of the late king.

The king of the 11 million-strong Zulu nation left six wives and 28 children.

Queen Mantfombi was named regent because she was the only wife with royal blood – her brother is King Mswati III of Eswatini.

The throne does not have formal political power and the monarch’s role within broader South African society is largely ceremonial, but they remain hugely influential and enjoy a yearly taxpayer-funded budget of more than $4.9m (Â£3.5m).

A bitter feud is playing out in public between Princess Thembi and Prince Mbonisi, who led Sunday’s impromptu press conference, and the late queen’s Prime Minister Mangosuthu Buthelezi.

Chief Buthelezi said he was “angered” by the princess saying he was not invited to a key meeting because he “belittles” others and “doesn’t give us space to freely discuss matters”.

He accused her and her brother of wanting “to paint me as the author of the rumours that Her Majesty was poisoned”, and even questioned their parentage asking why they “consider themselves ‘the Royal Family'”.

With the throne still empty and amid ever-growing rifts, the BBC’s Pumza Fihlani says a resolution is far off unless the factions can strike a compromise and agree to place the throne above all else.

A fierce contest for power and influence

Contestation for the Zulu monarchy is not new.

In fact, the Zulu saying ubukhosi buyabangwa – meaning “the throne is contested” – speaks of what has become an unsurprising and unwelcome feature of the infighting seen throughout history.

The stakes are high. The Zulu people are the largest group in South Africa and one of the most well-known throughout history, in part for their prowess on the battlefield.

The nation’s most well-known warrior King Shaka was himself killed by his half-siblings so they could take over.

Before King Goodwill Zwelithini could assume the role of king more than 40 years ago, he was forced into hiding for three years following death threats.

He had sought perhaps to avoid this when he left a will with instructions that one of his wives act as regent until a successor is named, but she died before that task could be fulfilled.

What we’re seeing play out as reports swirl of divisions, is once again a fierce contest for power and influence.

It is also a contest for who belongs and who doesn’t – a fight for who deserves the throne which commands the respect of the Zulu people.

It is clear that despite being praised for uniting the 11-million strong Zulu nation for so many decades, King Zwelithini’s house since his passing is far from united.