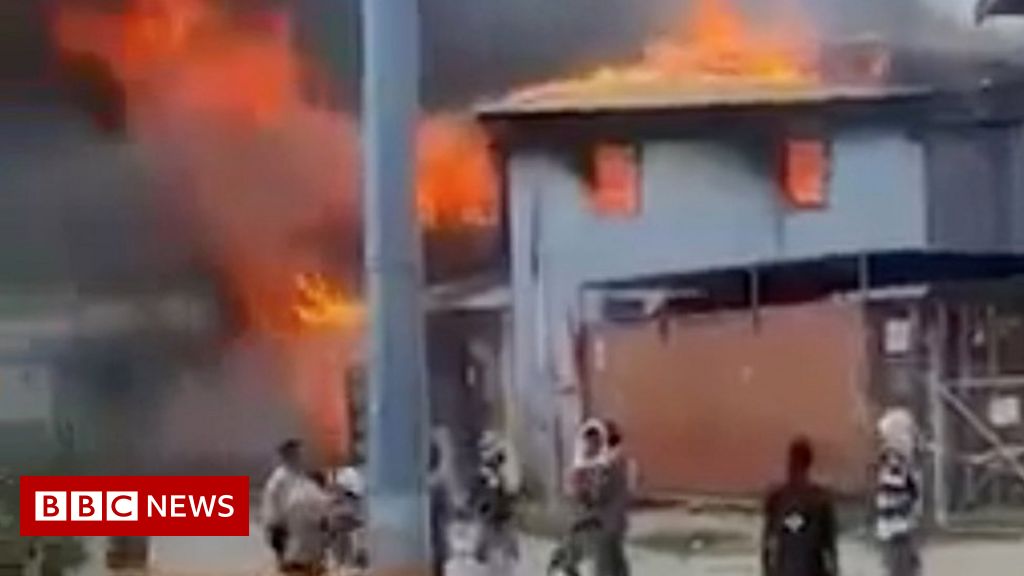 Australia is sending peace keeping troops to the Solomon Islands, as riots rocked the capital city of Honiara for a second day.

The violence began on Wednesday when protestors stormed parliament in a bid to topple the PM.

On Thursday crowds defied a lockdown and set fire to government buildings, a police station and businesses.

Mr Morrison said he had received a request for assistance from the prime minister Manasseh Sogavare under a security treaty the country signed with Australia in 2017.

Most of the protestors are reportedly from the neighbouring island of Malaita, which has long complained of neglect from the central government.

On Wednesday they attempted to storm parliament and depose the PM.

A 36-hour curfew was imposed following the unrest, however rioters defied it to take to the streets on Thursday in the Honiara’s Chinatown district.

Malaita has also strongly opposed PM Sogavare’s switch in diplomatic relations from Taiwan to China in 2019, leading rioters to target Chinese-owned businesses in the unrest.

Beijing’s embassy has in turn expressed “serious concerns” to the Solomon Islands government.

PM Sogavare has made assurances that his government is still in control.

“Today I stand before you to inform you all that our country is safe — your government is in place and continues to lead our nation,” Mr Sogavare said, adding that those responsible “will face the full brunt of the law”.

He also condemned the protestors, saying “those involved in the latest unrest had been “led astray by unscrupulous people”.

Long-simmering inter-island rivalries between the capital city of Honiara and Malaita led to the deployment of Australian-led peacekeeping forces in the Solomons from 2003 to 2017.

This is not the first time Honiara has faced violent unrest.

Riots also broke out following general elections in 2006, with much of Honiara’s Chinatown levelled amidst speculation that businesses with links to Beijing had rigged the vote.