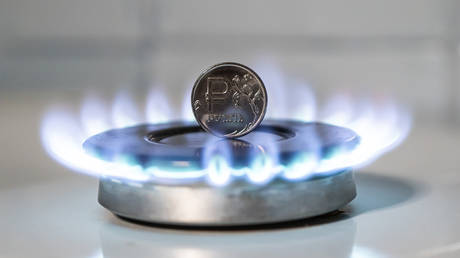 The ruble has reached its strongest levels in months against the US dollar and the euro, as soaring global energy prices boost the Russian national currency.

The ruble was holding steady against the US dollar at 71.84 on Tuesday morning, not far from the four-month high of 71.5550 reached in the previous session. The currency was unchanged versus the euro, trading at 83.04, close to its strongest level since July 2020, when it hit 82.75.

Meanwhile, Brent crude, a global benchmark for Russia’s main export, was flat at $83.65 a barrel after topping $84 in the previous session. Higher vaccination rates, which have allowed major economies to reopen after Covid-related lockdowns, keep pushing oil prices higher as the increasing demand meets with limited supplies.

The Russian currency is expected to test the 71.5 level versus the greenback if the oil market rally continues, according to Promsvyazbank analysts, as quoted by Reuters.

The ruble is the only emerging-market currency to appreciate against the US dollar in September, while the currencies of other developing markets fell by up to 5%.