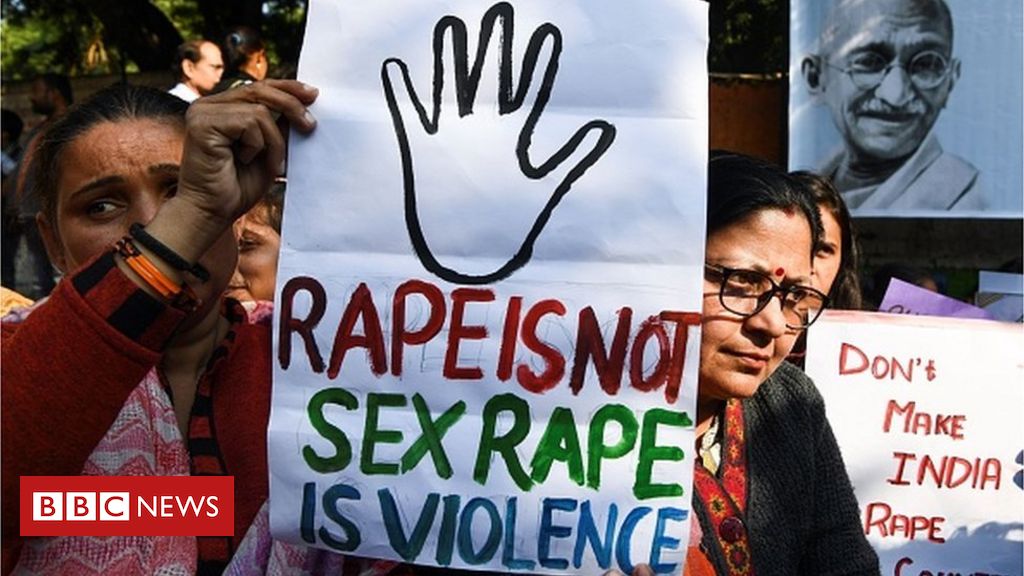 Calls have been growing in India for the chief justice of the Supreme Court to resign “without a moment’s delay” after his recent remarks in two cases of alleged rape.

In an “open letter” to Chief Justice Sharad Bobde, more than 5,000 feminists, rights activists and concerned citizens wrote that they were “outraged” and asked him to retract his statements and apologise.

So what did the chief justice say that has angered people so much?

The first: “Will you marry her?”

Justice Bobde, who was heading a three-judge bench, asked a 23-year-old man accused of raping a girl whether he would marry her.

His comments shocked many, especially considering the horrific accusations the girl – who was 16 at the time of the alleged rapes in 2014-15 – had made against the man, a distant relative.

According to the letter, he “is accused of stalking, tying up, gagging, repeatedly raping a minor school-going girl, and threatening to douse her in petrol and set her alight, to hurl acid at her, and to have her brother killed”.

It added that “the rape came to light when the minor school-going victim attempted suicide”.

The girl’s family also alleged that they had agreed not to go to the police because they were promised by the accused’s mother that once the girl became an adult, they would marry the two.

In a country where victims are often blamed for rape, and sexual assault carries lifelong stigma, her family agreed to the arrangement.

But after the accused backtracked from his promise and married someone else, the survivor went to the police.

The accused, who is a government employee in the western state of Maharashtra, had been granted anticipatory bail by a lower court after he pleaded that he would lose his job if arrested. But the Bombay High Court called the order “atrocious” and cancelled his bail.

The man then approached the Supreme Court – which on Monday granted him protection from arrest for four weeks and where the infamous exchange took place between his lawyer and Justice Bobde.

What’s been the response?

The open letter, signed by some of India’s best-known feminists and non-governmental organisations, borrows the term “atrocious” from the Bombay High Court order to describe Justice Bobde’s remarks.

“Your proposal of marriage as an amicable solution to settle the case of rape of a minor girl is worse than atrocious and insensitive for it deeply erodes the right of victims to seek justice.

“By suggesting that this [alleged] rapist marry the victim-survivor, you, the Chief Justice of India, sought to condemn her to a lifetime of rape at the hands of the tormentor who drove her to attempt suicide,” it says.

Rape and sexual crimes have been in the spotlight in India since December 2012, when the brutal gang rape – and the subsequent death – of a young woman on a bus in Delhi sparked days of protests and made global headlines.

Since then, there’s also been much greater scrutiny of pronouncements made by the political leadership, judges and other senior figures in authority.

The top judge’s comments have been especially criticised as they are being seen as an “attempt to work out a compromise” between the two sides.

Gatherings of village elders in rural communities steeped in patriarchy are known to offer such a compromise formula to broker peace between families, and over the years, there have been several instances of the judiciary trying to play matchmaker between the victim and the accused.

But there have also been several judgements from the Supreme Court and judges of high courts and lower judiciary that have pointed out that rape and marriage cannot be conflated under any circumstances.

Campaigners say Justice Bobde’s comments “will send a message to the rapists that marriage is a licence to rape; and that by obtaining such a licence, the rapist can post facto decriminalise and legalise his act”.

The letter also called attention to another rape case that Justice Bobde heard on the same day and where he asked the second controversial question:

‘Could sex between a married couple ever be considered rape?’

The court was hearing a petition filed by a man accused of rape by a woman he had been in a live-in relationship with for two years.

According to the legal website Bar&Bench, the woman alleged that the man had obtained her consent “by fraud” after she had “refused to enter into a sexual relationship until marriage”.

In 2014, she claimed, they married in a temple and she consented to have sex with him. The man denied marrying her and claimed that the sexual relations between them had been consensual. She accused him of rape after he married another woman.

On Monday, while hearing the case, Justice Bobde agreed that “it was wrong to make false promises of marriage” but then went on to ask, “if a couple is living together as man and wife, the husband may be a brutal man, but can you call the act of sexual intercourse between a lawfully wedded man and wife as rape”?

What has been the response?

Despite a long campaign within the country and a recommendation from the United Nations to recognise marital rape, India remains among the three dozen countries in the world that have failed to criminalise sexual assault in the bedroom.

Campaigners say Justice Bobde’s comments are “extremely problematic” in a country where women have been constantly fighting a regressive mindset that accepts and normalises sexual violence against them, especially within the home.

“This comment not only legitimises any kind of sexual, physical and mental violence by the husband, but it normalises the torture that Indian women have been facing within marriages for years without any legal recourse.”

The letter writers say Justice Bobde’s remarks cannot be taken lightly – since coming from the chief justice of India, they can be used as precedents in other cases too.

“From the towering heights of the post of the Chief Justice of India, it sends the message to other courts, judges, police and all other law enforcing agencies that justice is not a constitutional right of women in India,” the letter says, demanding that Justice Bobde step down from the post immediately.

Chief Justice Bobde has not yet responded to the criticism.