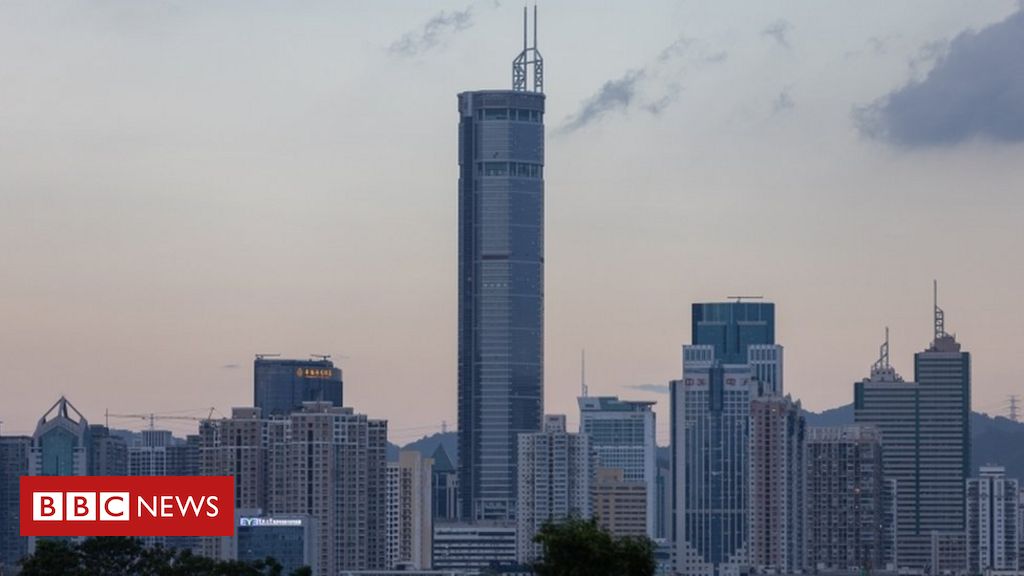 A skyscraper of more than 70 storeys has been evacuated after it started to shake, sending shoppers scrambling for safety in the southern Chinese city of Shenzhen.

Local authorities do not yet know what caused the 300m (980ft) SEG Plaza building to wobble on Tuesday afternoon.

No earthquakes were recorded at the time. An investigation is under way.

The 20-year-old building houses an electronics market and offices.

It stands in the heart of Shenzhen, a sprawling city of more than 12 million people known for its shopping and booming tech industry.

Footage shared on social media showed hundreds of people running away from the skyscraper shortly after it was evacuated.

China’s Global Times newspaper said the local government of Shenzhen’s Futian district, where SEG Plaza is located, received reports of shaking from staff inside the building at 12:31 local time (05:31 GMT).

By 14:00, everyone inside the building had been evacuated, the newspaper reported.

In a later statement, the local government said a preliminary investigation found “no cracks in the ground surrounding the building” and no damage to “pieces of outer wall”.

Completed in 2000, the SEG Plaza is the 104th-tallest building in China and the 212nd-tallest in the world, according to the Council on Tall Buildings and Urban Habitat, an online database.

Shenzhen, which links Hong Kong to China’s mainland, is at the cutting edge of technology and innovation in the country. Businesses with headquarters in the city include Tencent and Huawei.