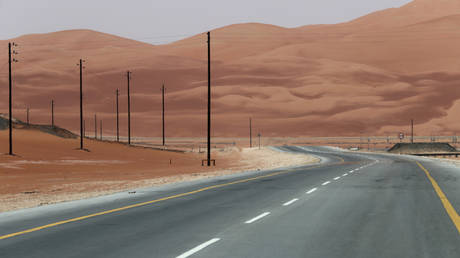 Saudi Arabia has high green ambitions that include gas production, renewables, and hydrogen.

“I urge the world to accept this as a reality. We are going to be winners of all these activities.”

Saudi Arabia will surely benefit from the green transition. While the Exxons, Chevrons, and Shells of the world are busy doing climate activists’ bidding in the boardroom and courtroom, NOCs–particularly in various OPEC nations–are all-too-eager to take advantage of what will surely be increased oil prices.

Already Saudi Arabia has raised its official selling price for the month of July to Asia.

But that doesn’t stop Saudi Arabia from pursuing its green ambitions–the Saudi Green Initiative–while funding those green ambitions through oil sales. Saudi Arabia plans to generate 50% of its energy from renewables by 2030, in part to reduce its dependence on oil. In 2017, renewables made up just 0.02% of the overall energy share in Saudi Arabia.

Saudi Arabia’s Energy Minister said that the IEA’s net-zero pathway spelled out in its most recent report was like a sequel to La La Land. In fact, several oil-producing and oil-consuming nations have dismissed the report.

Saudi Arabia’s oil revenues–which will fund any green aspirations the country may undertake–have dwindled over the last year and a half, and state-run oil giant Aramco had to hold bond sales just to pay its hefty dividend to the state.

Nevertheless, the world’s largest exporter of crude claiming it is no longer an oil-producing country is noteworthy indeed.