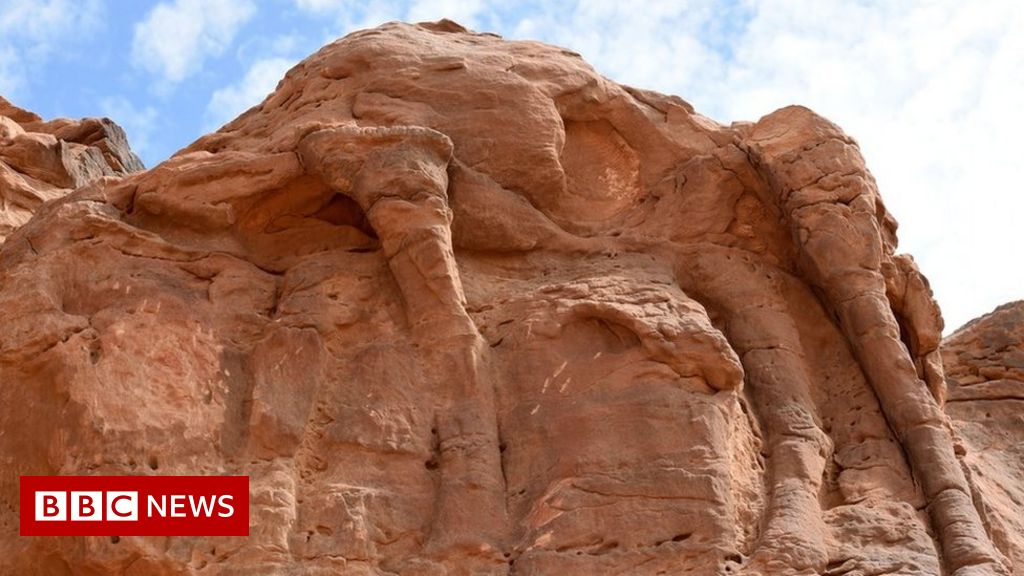 A series of camel sculptures carved into rock faces in Saudi Arabia are likely to be the oldest large-scale animal reliefs in the world, a study says.

When the carvings were first discovered in 2018, researchers estimated they were created about 2,000 years ago.

This was based on their similarity to reliefs at Jordan’s famous ancient city of Petra.

Precisely ageing rock sculptures is a challenge for researchers. Unlike cave paintings, say, there is often no organic matter to sample. Rock art of this size is also rare in the region.

The researchers, who published their findings in the Journal of Archaeological Science, assessed erosion patterns, analysed tool marks, and tested animal bones found at the site to determine a new date for the sculptures’ creation.

Their age makes them even older than such ancient landmarks as Stonehenge (5,000 years old) or the Pyramids at Giza (4,500 years old). They even predate the domestication of camels, a catalyst for economic development in the region.

At the time of their creation, Saudi Arabia looked very different, with plains of grass dotted with lakes rather than the deserts of today.

It is not clear why the camel sculptures were created, but the researchers have suggested that they could have provided a meeting point for nomadic tribes.

They also noted the difficulty of making such works thousands of years ago. Many of the reliefs are high above the ground, meaning their carvers would have had to build scaffolding to create them.

All images subject to copyright