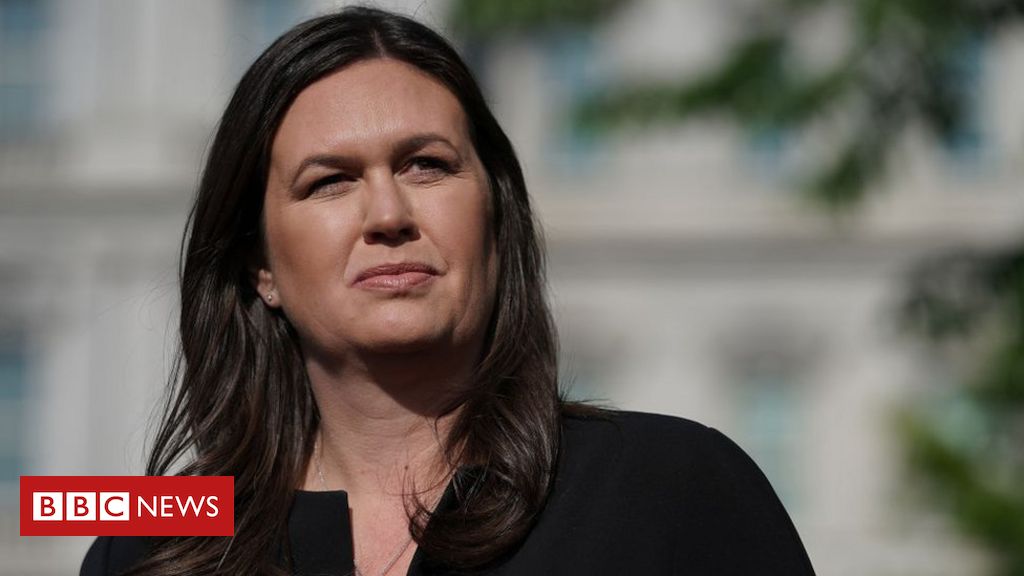 Known to millions around the world for her staunch defence of Trump from the press briefing room, now it’s her turn to speak for herself.

Sarah Huckabee Sanders is back in the political game, announcing on Monday that she’s running for the Republican nomination to be the governor of Arkansas in the 2022 election.

In true Trumpian fashion, his former White House press secretary broke the news in a video posted on Twitter.

Calling the job of governor the “last line of defence” against a federal government now in Democratic control, Sanders emphasised public safety, law enforcement and perceived censorship of conservative views in her eight-minute announcement.

“As governor, I will defend our right to be free of socialism and tyranny, your Second Amendment right to keep your family safe and your freedom of speech and religious liberty,” she said. “Our state needs a leader with the courage to do what’s right, not what’s politically correct or convenient.”

During her two-year tenure as White House press secretary, Sanders developed a reputation as an outspoken, and sometimes combative, voice for the Trump administration.

She was cheered at Trump rallies and jeered by liberals, including serving as the butt of jokes at Michelle Wolfe’s controversial 2018 White House Correspondents’ Association dinner address and being denied service at a central Virginia restaurant because of the administration’s gay-rights policies.

“I was the first White House press secretary to require Secret Service protection because of a credible violent threat against me,” she said in her announcement. “We’ve seen violence in our streets, at a Congressional baseball practice and our Capitol. This is not who we are as Americans. To remain free, we must have law and order and resolve our differences peacefully.”

Sanders left the White House in June 2019 during a calm between storms in the Trump presidency – shortly after special counsel Robert Mueller filed his report on his investigation into Russia’s involvement in the 2016 presidential election, but well before the president’s attempts to pressure Ukraine to investigate Joe Biden would become public and lead to his December 2019 impeachment.

Sanders didn’t emerge from the Mueller report totally unscathed, however. In one notable passage, the special counsel wrote that Sanders admitted, under oath, that her assertions that members of the Federal Bureau of Investigation were happy about the president’s 2017 decision to fire Director James Comey were “not founded on anything”.

Unlike many former presidential aides, Sanders’ departure came with Trump’s blessing – and a prediction that a future political career could be in the cards.

“She is a very special person with extraordinary talents, who has done an incredible job!” Trump wrote. “I hope she decides to run for Governor of Arkansas – she would be fantastic.”

If elected, Sanders would follow in the footsteps of her father, Mike Huckabee, who served two terms as governor in the early 2000s (and ran for president twice, including against Trump in 2016). His political legacy and connections in the state could be an important boost for Sanders, who is seeking elective office for the first time.

To secure the nomination, she’ll have to defeat two men, the current lieutenant governor and attorney general, who have already won statewide races.

Arkansas, like much of the US south, has moved from solidly Democratic to Republican in recent decades, although it took the state somewhat longer than the rest of the region to get there. It had a Democratic governor, Mike Beebe, from 2007 to 2015 and two Democratic senators as recently as 2010.

Trump, however, carried the mostly rural state by 26.92% in 2016 and 27.62% in 2020 – one of the few states where he improved his margin during his re-election campaign (Florida being the most notable case).

That suggests it could be fertile ground for Sanders’ blend of Trumpian politics and in-state political pedigree. And it’s not impossible to imagine a 2022 win in Arkansas as a springboard back into national politics. The Little Rock governor’s mansion was the gateway to the White House for Bill Clinton, after all.