Home Economy Russiaâ€™s Siberia may hold one of the worldâ€™s largest reserves of rare... 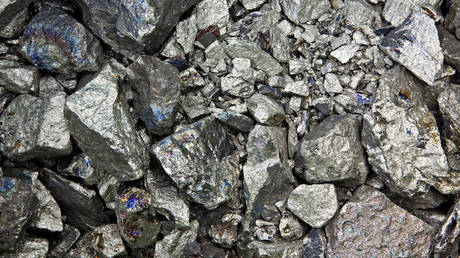 The Tomtor deposit of niobium and rare earths located in Russiaâ€™s Yakutia Republic is one of the worldâ€™s three biggest by reserves, Russian miner Polymetal, which owns a minority stake in the project, said on Monday.

â€œTomtor confirmed its scale and grade as one of the premier niobium and rare earths deposits globally,â€ Polymetal CEO Vitaly Nesis said in a statement, citing the estimates made by ThreeArc Mining, which is developing the project.

The promising deposit is a key project that is expected to help in boosting output of rare earth metals in Russia. Domestic production of rare earths, which are vital for the defense sector, as well as for the manufacture of mobile phones and electric cars, will reportedly reduce the nationâ€™s reliance on imports from China.

Niobium is used mostly in alloys, the largest part of it in steel such as that used in gas pipelines. A small percentage of the metal enhances the strength of the steel.Â Other applications of niobium include welding, nuclear industries, electronics, opticsÂ and jewelry.

Polymetal, listed both on the London Stock Exchange and Moscow Exchange, owns a 9.1% stake in ThreeArc Mining. The company, founded in 1998, is the third primary silver producer globally, as well as being the largest silver and fourth-largest gold producer in Russia.

â€œThe project team will now focus on completion of a bankable feasibility study, paving the way for the investment decision,â€ Nesis said.