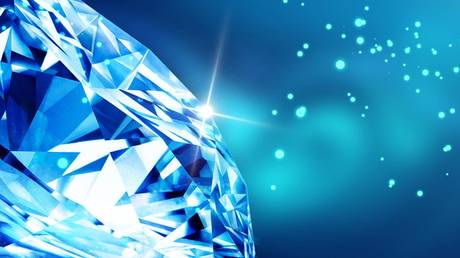 Russian gem miner ALROSA has taken the top position in global diamond production during the coronavirus pandemic, President Vladimir Putin said during a meeting with the companyâ€™s CEO, Sergey Ivanov.

â€œThe worldâ€™s jewelry and diamond mining industry have been caught in a very difficult situation. Many of ALROSAâ€™s competitors have practically stopped production, are laying off their employees in large numbers, and are on the brink of bankruptcy,â€ Putin said.

He added that â€œALROSA, which is the largest diamond mining enterprise in the country, has now become the largest in the world.â€

ALROSA accounts for over 90 percent of Russiaâ€™s diamond production. The pandemic forced the company to briefly suspend production at some of its fields in May.

According to the company, its rough diamond sales grew 28 percent in September year-on-year, amounting to $328.2 million. It also sold polished diamonds worth $7.8 million.

In 2018, ALROSA opened a huge new diamond deposit in Russiaâ€™s northeastern region of Yakutia. The project was launched by President Putin, who said the new field â€œwill strengthen Russiaâ€™s leadership in the global diamond market.â€

According to the Russian president, â€œRussia is a country of enormous natural wealth, and the diamonds of Yakutia are another national treasure of which we are proud.â€