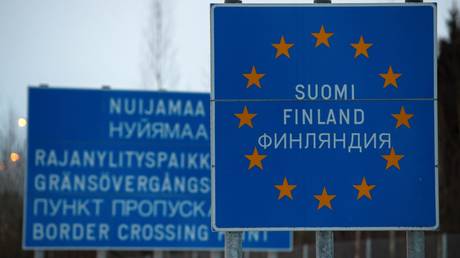 Trade turnover between Russia and Finland in the first six months of 2021 has surged by 16% compared to the same period last year, reaching nearly $6 billion.

“In the first half of 2021, the volume of Russian-Finnish trade increased compared to the same period in 2020 by $796.6 million (15.8%) and amounted to $5.84 billion,” the Russian Trade Mission in Finland said on Friday, citing Russia’s customs service data.

Also on rt.com
Russia wants to open its Arctic seas to international shipping

The volume of non-energy exports from Russia to Finland in January-June 2021 was 51.6% higher than in the same period in 2020. The trade mission also noted that the price of Russian export goods increased for most commodity groups.

Last year imports from Finland to Russia fell by almost 19%, dropping below $3.5 billion. Russian exports to Finland suffered a whopping 35% plunge, reaching a value of just over $6.8 billion. Both countries lost almost $6 billion compared to 2019 due to a pandemic-related decrease in trade.

Also on rt.com
Brussels claims Russian import ban of European products in response to EU sanctions on Moscow is illegal

Meanwhile, according to German logistics operator DB Schenker, Finland remains an undisputed leader among the Nordic countries in the number of consolidated shipments to Russia.

“Despite the pandemic and the restrictions still in force, we are already witnessing a steady growth in freight traffic in the Russia-Finland route. Comparing the volume of consolidated shipments with similar indicators of 2020, we can say that it increased by 65%,” the company said earlier this month, revealing plans to acquire a Finnish logistics group Vähälä Yhtiöt to get a piece of the Russia-Finland trade pie.